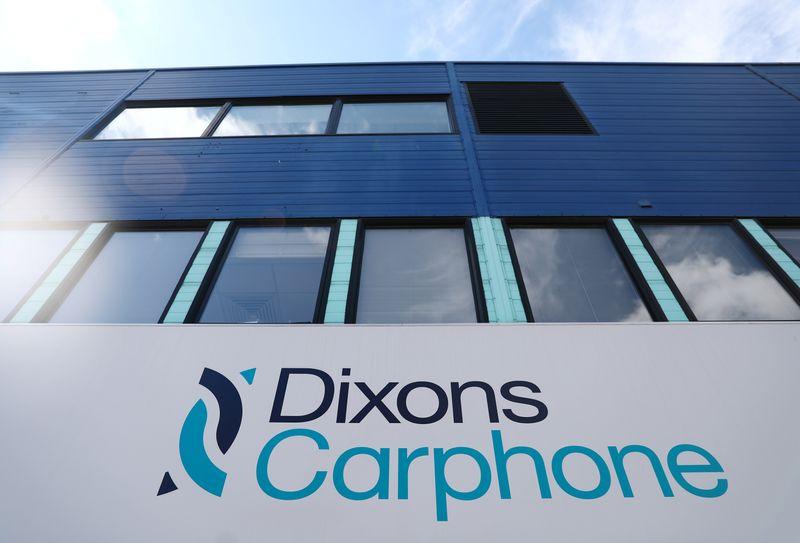 (Reuters) – British retailer Dixons Carphone (DC.L) said on Thursday it was exploring listing a minority stake of its Nordics business next year, as the region has continued to see higher profits and market share even during the coronavirus crisis.

FILE PHOTO: A sign displays the logo of Dixons Carphone at the company headquarters in London, Britain August 1, 2017. REUTERS/Neil Hall

The company said online sales at the Nordic business jumped 49% in the 17 weeks to Aug. 29, and while the review is in early stages, the listing could further strengthen capital structure.

The owner of Currys, PC World and Carphone Warehouse said online sales more than tripled while stores were closed, with 14% like-for-like growth in its electricals business for the same period.

“We’ve started the year well, but nobody knows what the future holds and, like many, we remain cautious in our outlook,” said Chief Executive Officer Alex Baldock.

Dixons said in April that online sales in the UK and Ireland for computers and home appliances, including refrigerators and breadmakers, had surged during the initial period of lockdown people began working from home.

“The quality and value within these international operations…have been overlooked by the market for some time,” Liberum analyst Adam Tomlinson said, adding that exploring the partial IPO is a sensible move.

The company, which operates through 932 stores and 16 websites in eight countries, said revenue at its loss-making mobile business slumped 56% in UK and Ireland, hurt by customers changing their handsets less frequently.

“The decline in Mobile sales and transformation progress is in line with the plan…This is a standout update, highlighting just how undervalued we believe DC currently is,” Tomlinson said.