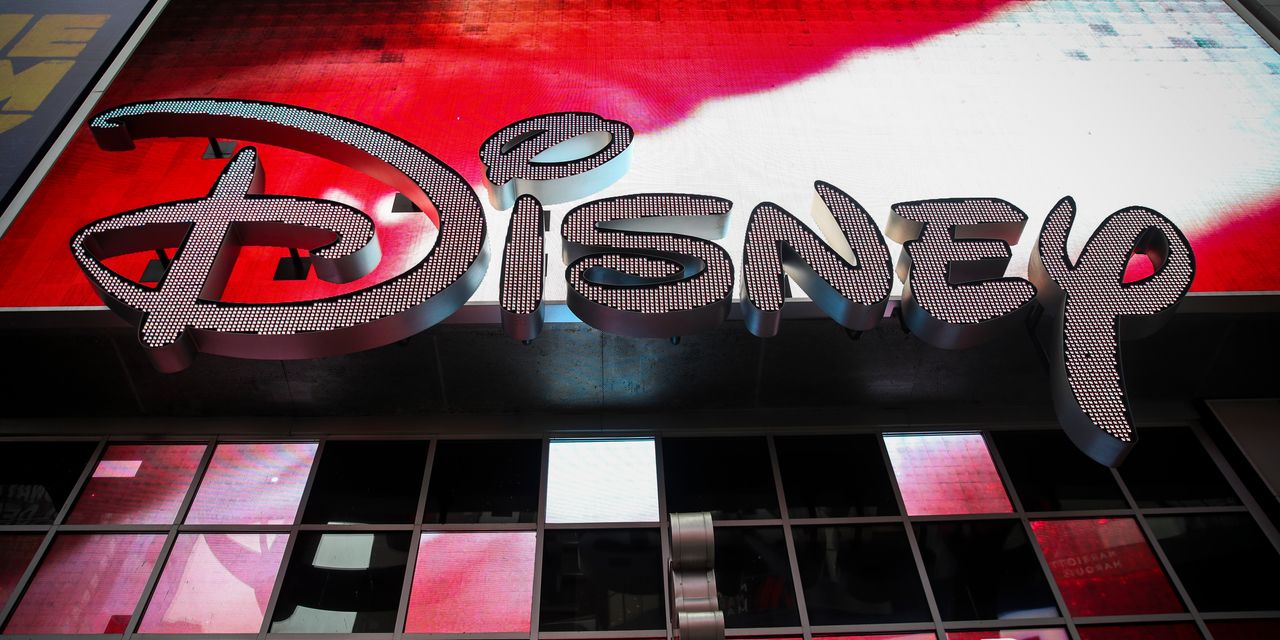 
Putting a value on Walt Disney stock today requires balancing near-term Covid-related headwinds to its theme parks, movie, and television segments against its long-term potential in the global direct-to-consumer streaming market. With movie theaters closed, theme parks operating at limited capacity, and advertisers pulling back, recent results have been ugly. But physical distancing requirements have also led to a surge in demand for at-home entertainment, with Disney+ and Hulu enjoying the benefits.

Despite the pandemic, Disney (ticker: DIS) isn’t in danger of going out of business, with a balance sheet able to weather the storm. That means investors should set their sights on the company’s long-term trajectory, because the Disney that comes out of the Covid-19 crisis will be meaningfully different from the one that went in.

Through early August, Disney+ garnered 60.5 million subscribers worldwide since its debut last November and continues to add millions of subscribers each month. Hulu and ESPN+, the other legs of Disney’s streaming strategy, have also grown significantly during the pandemic. Disney plans to further capitalize on its streaming momentum with the introduction of a new international streaming service next year, to be named Star. It will include content from ABC, FX, and other Disney properties—similar to Hulu in the U.S.

Still, that subscriber growth isn’t translating to profits for Disney. The direct-to-consumer (DTC) streaming market is in the “land grab phase,” according to Deutsche Bank media analyst Bryan Kraft. Disney has ample opportunities to turn the segment into its primary profit-driver down the road, Kraft wrote in a report on Tuesday, and subscription businesses come with attractive and predictable recurring-revenue models.

“Scaling DTC in this land grab phase of the industry is key to success for Disney because it will drive significant opportunities to monetize a large subscriber base in a more meaningful way down the road through: (a) higher pricing, (b) leveraging the Disney+ base to distribute the soon-to-be-launched Star branded streaming service, and (c) an inevitable shattering of today’s exclusive theatrical window to make room for new premium video on demand (PVOD) windows that enhance monetization of film studio output and add consumer utility to the Disney+ service,” Kraft wrote, upgrading Disney stock to Buy from Hold.

(NFLX), which ended the second quarter with 193 million subscribers worldwide. Last weekend, Disney release its twice-delayed film Mulan—a big-budget remake of the animated classic—as a $30 premium streaming offering for Disney+ subscribers. Management has emphasized that it’s not a permanent shift away from theatrical releases, but depending on how it goes, Kraft sees Disney monetizing future new releases via premium streaming options.

Kraft also notes that Disney’s coming streaming strategy-focused investor day will be a chance to remind stakeholders of its early successes in streaming and its long-term vision for the business. That could lead to positive earnings estimate revisions and fundamental support for a higher stock price.

“We believe management’s overarching message will be that the strategy is working and Disney is accelerating its streaming efforts to build a very large, global DTC business,” Kraft wrote. “We believe Disney has the right combination of content, distribution, user experience, technology, and management expertise to be successful.”

Every weekday evening we highlight the consequential market news of the day and explain what’s likely to matter tomorrow.

Kraft’s model has Disney’s direct-to-consumer business as the most valuable segment in the company, at about $181 billion, or 8 times his 2023 revenue estimate of $22.6 billion. Netflix stock currently trades for 8.3 times enterprise value to 2021 estimated revenue. Kraft assumes 171 million Disney+ subscribers at the end of its fiscal 2023, which ends in September, and a higher monthly price in several markets.

Kraft’s sum-of-the-parts valuation assigns a $327 billion equity value for Disney in 2023, after accounting for minority interests and the company’s debt load. That translates to a $163 price target, about 21% above the stock’s recent $135.

Disney stock was up 3% on Tuesday, versus a 2.7% decline for the

Disney is down more than 5% since the start of the year, but has surged 59% since its late-March low. The S&P 500 has returned 7.5% year to date and 50% since late March, including dividends. Disney suspended its dividend earlier this year to conserve cash.