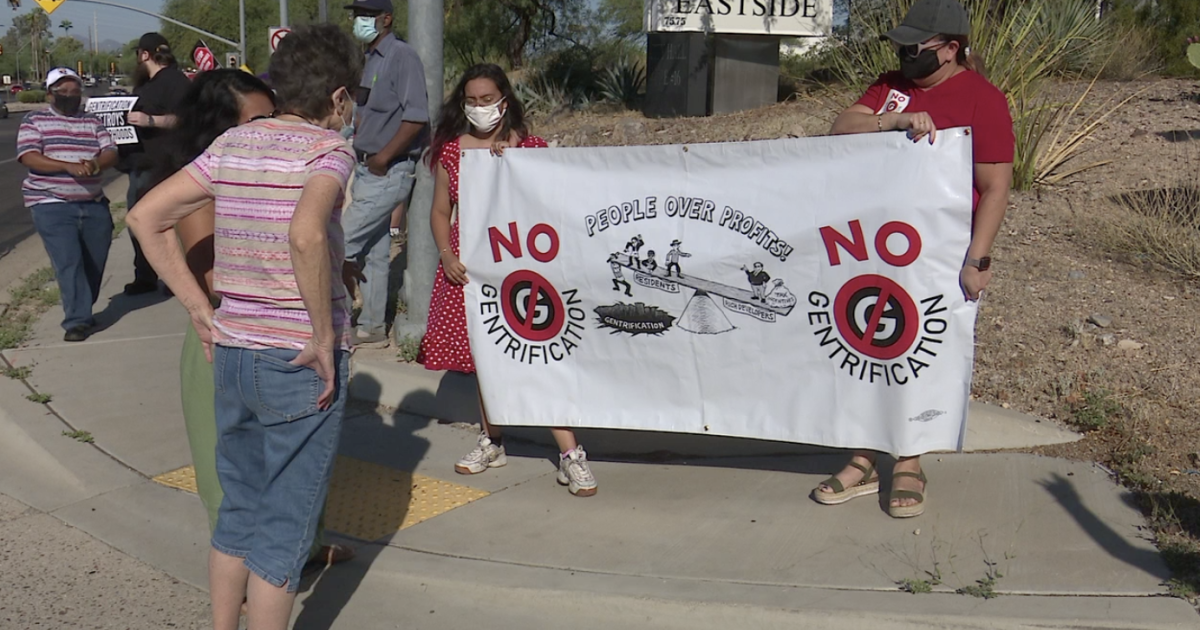 TUCSON, Ariz. — A group of protesters who gathered outside the Ward 2 office say the upcoming decision is about more than just the bottom line.

Trish Muir, one of the organizers says it’s about the livelihood of Tucsonans and their families.

“Do we plot ahead full speed, or do we stop and be mindful and thoughtful of what we’re doing?” She told KGUN9.

She says expansions can be positive, like the revitalization of downtown Tucson.

Though, she says it also has its downfalls.

“Our concern though is with the incentives and the tax revenues that are lost as a result of these programs, and we feel like it’s time to terminate it,” she told KGUN9.

The expansion proposition is to move into the south side of Tucson and areas north of downtown.

“There’s a lot of residential areas there. So one of our biggest concerns is that we may find longtime residents…right, multi-generational residents of Tucson, pushed out of their homes,” said Muir.

Roxanna Valenzuela lives within the proposed expansion area and says she would be devastated if she had to go.

“That’s where I grew up, that’s where I want my daughter to grow up and for more generations to come. And I would be really sad also for my neighbors who have nowhere else to go,” Valenzuela told KGUN9.

The expansion also opens up the possibility for tax-abatement partnerships between the city and developers through the use of incentives such as the Government Property Lease Excise Tax (G-PLET), and the federal opportunity zones.

“And that’s problematic. It’s money that should be coming to the city,” said Muir.

Demonstrators are also asking for a one year moratorium on all G-PLETs awarded by the City of Tucson.

They will be going to different ward offices leading up to the decision on the ninth to make their voices heard.