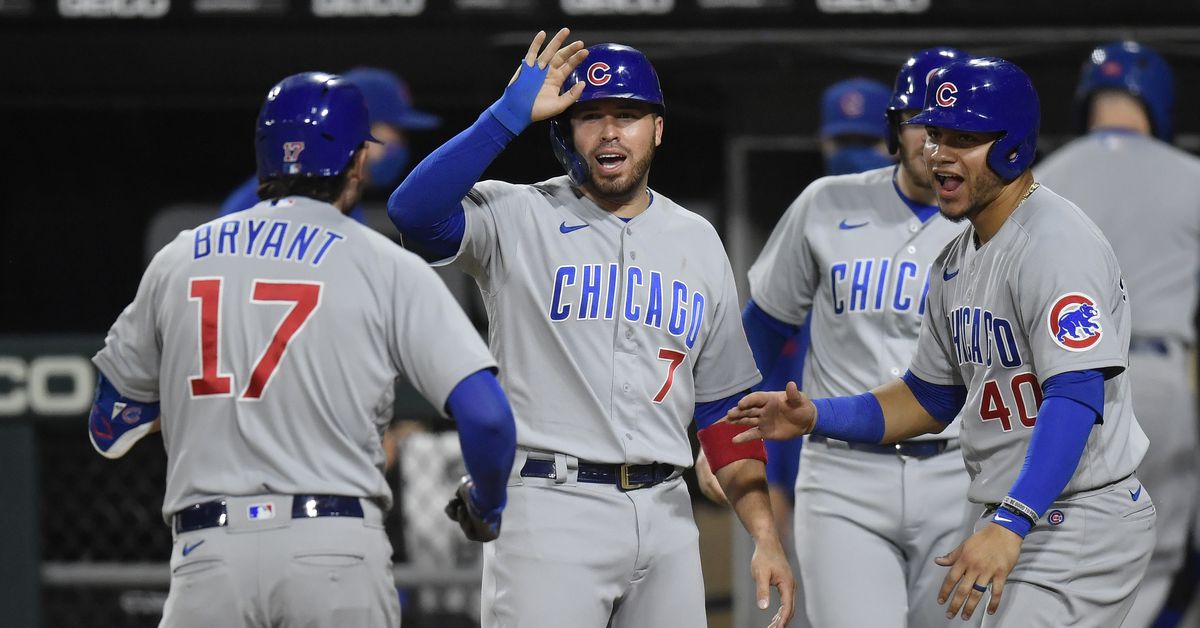 The Cubs accomplished their first goal by locking up a postseason berth on Tuesday and completed their second goal on Saturday by clinching the National League Central title with the Brewers’ 3-0 win over the Cardinals on Saturday.

The division title comes as a bounce back for the Cubs after two disappointing finishes, missing the playoffs last season and being bounced in the 2018 NL Wild Card game by the Rockies.

“[2018], we let it slip by and [2019] going home early, it didn’t feel didn’t feel too good and we want to be able to go out there, take care of business,” outfielder Kyle Schwarber said before the Cubs’ 9-5 loss to the White Sox.

They now return to the postseason this season with the hopes of making a deep run in what could be the last run together for their core.

“And all of our minds are set to take it in a game at a time and having a good team approach going into these next games, make sure that we’re setting ourselves up really nice for the playoffs here.”

The Cubs also clinched the No. 3 spot in the NL and will play the No. 6 seed in next week’s Wild Card round. All three games will be played at Wrigley Field.

If the playoffs began on Saturday, the Cubs would host the Miami Marlins, who clinched a spot in the postseason on Friday.

Ross has seen firsthand what this team’s core has accomplished over the last five seasons, both individually and as a team. He also knows the narratives that have surrounded his club over the past few seasons and while he believes they have the pedigree to make some noise this postseason, he feels they still have something in the tank.

“It’s something to be really proud of,” he said. “I think it’s something that’s hard in the moment to assess all of it, but when you’re going to look back all these guys – I think, front office and the people associated with this team and the players and the coaches that have been part of this this magnificent run … are going to be really proud. They’re gonna look back and say, ‘Man, we’ve done something’ and I don’t think that the end of the script is written yet for this group.”