With help from Ryan Heath

This week, we analyze the flurry of corporate pledges to reach net-zero emissions to mark Climate Week. We also ask experts whether it’s too late to reverse the trajectory of climate change, and if growth in oil demand is really over.

CORPORATE TALK IS CHEAP — It’s Climate Week, which means corporations and cities are lining up to announce their most ambitious goals to date. So far, Walmart, the world’s largest retailer, financial giant Morgan Stanley, Ford and Facebook are among those newly committed to net-zero emissions in the coming decades as part of the United Nations’ Race to Zero Campaign.

Of course, it’s one thing to set a goal, and another to actually achieve it.

Kraft Heinz recently said it won’t meet its 2020 environmental goals, highlighting the challenge for food companies aiming to decarbonize their supply chains that include farmers scattered around the world. Walmart acknowledged that its plans to completely eliminate emissions across its global supply chains rely on innovations that aren’t fully developed yet. For example, the retailer will have to electrify all its vehicles, including heavy duty trucks, which are just barely coming to market. And a spokesperson said that also requires recharging and refueling technology and infrastructure that doesn’t yet exist. Similarly, major oil companies like Exxon and Chevron are betting on nascent carbon capture and storage technology, which right now is incredibly expensive and energy intensive.

The real world challenges for a net-zero climate policy haven’t stopped organizations from jumping on the bandwagon. On Monday, the U.N. said the number of net-zero pledges have doubled in less than a year. Now, 823 cities and 101 regions — which combined emitted more pollution than the U.S. in 2018 — and more than 1,500 companies with a combined revenue of more than $11.4 trillion have net-zero targets, per a new analysis by NewClimate Institute and Data-Driven Enviro Lab.

But there is a tried and true tradition of companies publicly saying one thing and not following through or engaging in contradictory lobbying. That is partially why the Business Roundtable, a major trade association that represents CEOs of more than 200 American companies, was met with skepticism when it endorsed a “market-based mechanism” to sharply curb greenhouse gas emissions and putting a price on carbon last week. Some critics described it as too little too late, considering Congress considered a cap-and-trade a decade ago with no success.

“This is not a compelling call to action. There was so little of substance. To measure progress against that is like pinning Jell-O to a wall,” said Tyler Wry, an associate professor of management at The Wharton School of the University of Pennsylvania, who is researching how members of the Roundtable are responding to Covid-19.

Asking companies to solve big, collective problems isn’t an effective solution, because the incentives aren’t there, Wry added. For the most part, CEO compensation is tied to the company’s share price, and the pressure from institutional shareholders is to maximize profits. The latter has been changing recently, and if asset managers like BlackRock actually take money off the table for companies without aggressive climate goals, that might make a difference, he said.

Victoria Mills, managing director of the Environmental Defense Fund, is less cynical. She said the Roundtable’s new climate policy is a powerful call to Congress. Mills noted that seven members of the Roundtable are also involved in the CEO Climate Dialogue, which advocates for climate action on Capitol Hill, including BP, Carrier, Citi, Dow, DuPont, Exelon and Ford.

“If this statement ends here, then it will have had no impact,” she said. “This has to be a top advocacy priority. CEO statements need to be followed by company lobbyists and advertising dollars.”

A message from Morgan Stanley:

Corporate Climate Action in the Age of COVID-19 – Whether it’s the wildfires ravaging the U.S. West Coast or the hurricane-beset Gulf Coast and other disaster-struck regions, the evidence of climate-change-related damage has mounted. In a world freshly familiar with systemic disruptions, companies are recognizing that climate change poses interrelated risks to the environment, society and business. In response, they’re building resilience and offering investors new ways to fund a low-carbon future. Learn more.

Matt Sonnesyn, vice president of energy and environment policy for the Roundtable, said he is talking to lawmakers from both parties, as well as the Trump administration and the Biden campaign, about the new climate position. Getting the right price signals in the market will drive down the cost of reducing greenhouse gas emissions, he said.

“Preserving the competitiveness of American business are not weasel words. This is about making sure that we don’t unintentionally shift jobs and greenhouse gas emissions overseas. A badly designed policy could create economic and environmental leakage,” Sonnesyn said, noting that the U.S. wants to avoid policies that reduce pollution at home but shifts that burden overseas.

Still, there continues to be “alarming examples” of industry trade associations obstructing climate policy, Mills said. For example, the U.S. Chamber of Commerce, one of the most influential groups in Washington, recently filed a court brief in support of the Trump administration’s challenge of California’s stricter emissions limits for vehicles. The Chamber also backs a recent Labor Department proposal for pension fund managers, which sustainable investors argue will slow momentum in environmental, social and governance funds.

Welcome to The Long Game! Be sure to catch up on our last issue, on the green deals sprouting up around the globe, in case you missed it. We want to know what you think and what we’re missing. We won’t take anything personally, promise. Send tips, critiques and all your sustainability questions — and answers — to [email protected]. Find me on Twitter @ceboudreau. Did someone forward this to you? Subscribe here!

WATCH: THE NET-ZERO PLEDGE — Cities, states and companies are rallying around commitments like net-zero emissions or carbon neutral, but what does that really entail? The Long Game interviewed POLITICO climate reporter Zack Colman about the solutions being explored.

CAN WE TURN THE TIDE ON GLOBAL WARMING? The outlook is pretty bleak for the world to eliminate greenhouse gas emissions by 2050, which climate scientists say is needed to avoid the worst effects of global warming. Despite Paris agreement pledges from countries around the world, the United Nations reports that emissions are increasing at a pace that will cause temperatures to rise by 3 degrees Celsius above preindustrial levels this century.

We asked our group of sustainability experts to weigh in on whether it’s too late to change the trajectory of global warming, and what it would take to chart a different path that protects people and the planet. The majority who responded, including chief sustainability officers at top companies and leaders of NGOs, were optimistic. 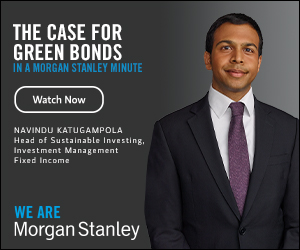 Matthias Berninger, head of public affairs and sustainability at Bayer AG, said we need to stand up against “climate fatalists,” whose goal is to spur inactivity, much the same as climate change deniers.

Here’s what other experts said:

We asked readers the same question. Dozens responded, and they were less optimistic than the corporate class. Michael Brown, of Tamarac, Fla., went so far as to say that the destruction of coastal cities and farmland means humans won’t have the skills to survive. Not until then will forests return. Here are other thoughts from a few readers:

OIL UPHEAVAL — Predictions about peak oil production emerged more than a decade ago, but never came true. Now the industry is undergoing its largest upheaval in recent memory. Coronavirus has sideswiped the market and briefly sent U.S. prices into the negative this spring, and BP in its latest energy outlook said the era of growth in oil demand is over. So is this truly the end of an era?

This time really is different, said Daniel Yergin, vice chair of research firm IHS Markit and lifetime chronicler of the oil and gas industry, in an interview with POLITICO’s Ben Lefebvre. He expects the transition away from fossil fuels will be longer than many hope, considering how many industries rely on them. It’s not just transportation, but also in medicine and plastic products, including the now famous N95 mask.

“I think that we still have about another 10 to 12 years of demand rising before we hit the peak,” Yergin said. “Then when we hit the peak it’s not a plummet and collapse, it just starts to decline. Just one number to keep in mind is that the average car in the United States now stays on the road for 12 years, so those cars aren’t going away.”

‘Economic dark age’: Yergin said the pandemic and ensuing government shutdowns ushered in an “economic dark age,” but there are larger forces at play in the decline of oil. Investor sentiment is one. The energy sector faces two issues: low-returns for investors and the growing popularity of funds that prioritize companies with strong environmental, social and governance standards.

A message from Morgan Stanley:

Climate Week 2020 – Advocates for climate change mitigation and adaptation are gathering around the world this week virtually and, in some cases, in person for Climate Week NYC.

As storms and wildfires destroy property, droughts and floods disrupt agriculture and displace communities, and ecological shifts raise the risks of disease, urgency has quickened for regulators, corporates and investors to better understand and assess potential climate change threats.

In a world freshly familiar with systemic disruptions, companies are recognizing that climate change poses interrelated risks to the environment, society and business. In response, they’re building resilience and offering investors new ways to fund a low-carbon future.

See our full Climate Week coverage and learn more about how market participants are taking climate action in the age of COVID-19.