A Chinese professor who was stripped of his Australian visa says he was stunned to learn of the cancellation and initially thought the emailed notice from the Department of Home Affairs was spam.

Prof Chen Hong, who has been director of the Australian studies centre at East China Normal University in Shanghai since 2001 and is a frequent visitor to Australia, told the Guardian he “absolutely refused” to accept intelligence agency Asio’s assessment that he posed a direct or indirect risk to security.

“The cancellation of my Australia visa is incredulously stunning and very disappointing to me,” said Chen, who interpreted for Bob Hawke during the former prime minister’s visit to China in 1994.

“In fact, at first I thought the email was a spam fraud letter. Only recently I read it closely and confirmed that it is real.”

The cancellation of Chen and a second scholar’s visas comes amid heightened tensions in the relationship with Beijing, with the Chinese foreign ministry accusing Australia of “barbaric and unreasonable acts” as it said Australian security officials had questioned four Chinese journalists and searched their property in late June.

© Photograph: Roman Pilipey/EPA
Prof Chen Hong is director of the Australian studies centre at East China Normal University in Shanghai and was a frequent visitor to Australia before his visa was cancelled.


The episode involving the Chinese journalists was initially kept quiet by both Australian and Chinese authorities, but Beijing aired the details after facing public criticism over the treatment of two Australian journalists who fled China this week.

The journalists, ABC’s Bill Birtles and the Australian Financial Review’s Michael Smith, returned to Australia after being quizzed by Chinese security services and a diplomatic standoff over an initial ban on their exit from the country.

The visa cancellation was first reported by the ABC and is believed to be connected to a joint investigation by Asio and the Australian federal police into alleged foreign interference, which also triggered the raid on the Sydney home of the New South Wales upper house Labor MP Shaoquett Moselmane in June.

Chen, who traces his interest in Australian studies to the late 1980s, was one of several members of a group on social platform WeChat that has attracted the attention of Australian authorities investigating foreign interference. Another member of the group is believed to be John Zhang, a part-time staffer to Moselmane, both of whom deny any wrongdoing.

Australian authorities are investigating whether Zhang and others used “a private social media chat group and other fora” with Moselmane in order to “advance the interests and policy goals” of the Chinese government in Australia, according to documents submitted to the high court. Zhang is challenging the warrants that were used to search his property in late June.

It is understood Asio completed its security assessment of Chen in July. Chen told ABC the WeChat group was innocuous and largely used to share memes and jokes.

Chen has made public remarks that are critical of the Australian government’s “increasingly hawkish” policy towards China over the last few years, and has recently written articles in Chinese state media denouncing what he sees as “widespread anti-China hysteria in Australia”.

He has complained that the bilateral relationship “is now at its lowest ebb”, which is “to the detriment and interests of both countries”. In an article in the Global Times in late June he also argued Moselmane had become a scapegoat.

Chen told the Guardian he frequently made “candid comments” on the bilateral relationship in Chinese and international media outlets, and some of those comments were “critical of some of Australia’s policies and practices”.

“However, any close and serious reading of my articles would easily reveal that my intention has been to eliminate misunderstanding, promote better understanding and improve the relationship,” Chen said in an email.

“I have a deep fondness of Australia as a country, a society and a culture. I have done nothing and will do nothing to act as a risk to Australia’s security.”

He said he had helped organise an annual competition for university students in China that promoted understanding of Australia, the Australian people and culture.

He said the competition was “highly appreciated by our Australian partner universities and the Australian consulate general in Shanghai”.

The Australian government has been mostly tight-lipped about the developments. However, the attorney general, Christian Porter, said Australian authorities took “allegations and investigations of foreign interference very seriously”.

While not confirming or denying details of the reported raids on four Chinese journalists in June, Porter took issue with the description in the Global Times that Australian authorities had acted “in violation of legitimate rights”.

Porter said there would be “few nations on earth where the rule of law is more stringently observed” in the way that warrants were issued.

“The system that we have here that allows for the execution of a warrant by Asio or the AFP on any individual in Australia is absolutely world’s best practice, totally in observance of the rule of law,” Porter told radio 6PR.

“The idea that warrants are executed in Australia in violation of people’s legitimate rights is just false.”

Cheng Lei, an Australian citizen and business journalist for the Chinese state broadcaster CGTN, was taken into secretive detention in China in mid-August over an investigation that Beijing has said relates to national security.

On Thursday, the former prime minister Malcolm Turnbull defended the foreign interference laws that he introduced at the end of 2017 and hit out at the “confected outrage that you regularly see from Beijing”.

“It is calculated, it is confected, and it is designed to get an outcome,” Turnbull told ABC’s Radio National.

“And nothing pleases the people that pull it on [more] than to see leading figures in Australia criticising their own government and echoing the criticism in the Global Times.”

Turnbull said China’s foreign ministry comments on Wednesday appeared to be an admission “that they’ve kicked out two of our journalists” because Asio investigated several Chinese journalists who had since left Australia.

Another former Australian prime minister Kevin Rudd said the trajectory in the relationship with China was “all negative”. 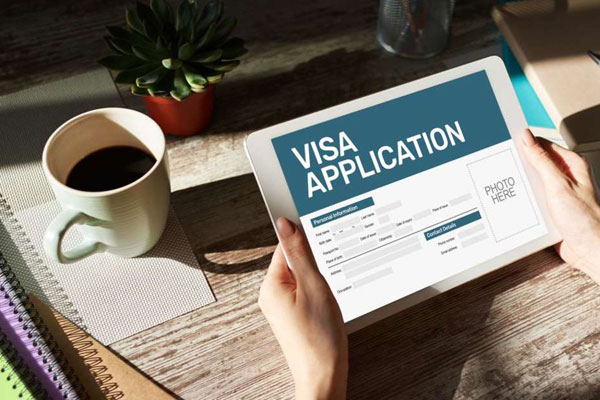