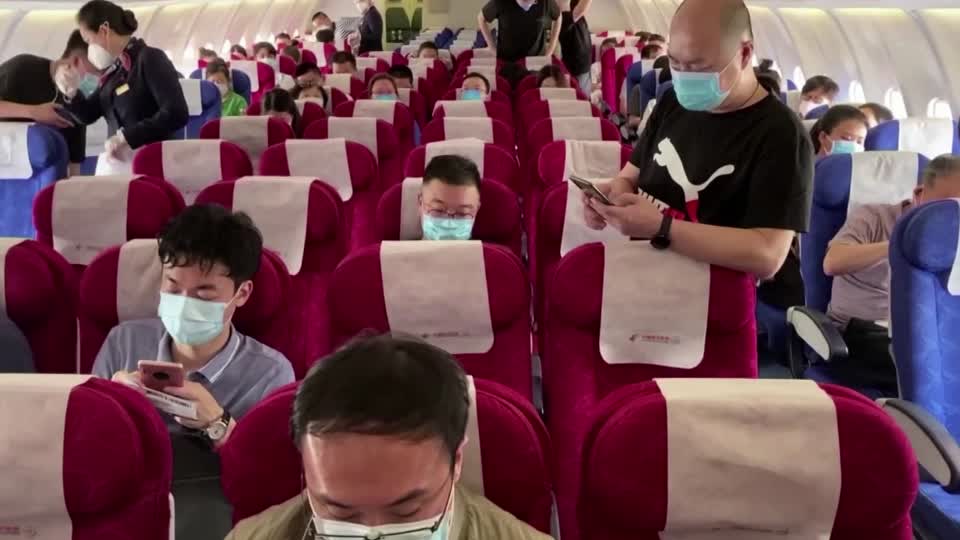 A flight across China for just 26 dollars.

The bargain fare is just one of thousands on offer to woo back travellers.

And the deals appear to be fuelling a robust recovery in the country’s passenger levels.

Domestic carriers are following the move by China Eastern Airlines in June, of unlimited weekend flights until the end of the year for just under 500 dollars.

Although the airlines are still loss-making and the recovery fragile, the strategy is far more cost-effective than having planes grounded.

Data suggests Chinese airline capacity has snapped back to more than 90% of pre-pandemic levels.

And forecasts show it is expected to recover to last year’s levels by the end of 2020.

China Southern Airlines, the carrier with the biggest domestic market share, even returned to year-on-year capacity growth in August.

Analysts say it’s partly thanks to China’s success in mitigating the spread of the virus, helping consumers regain the confidence to travel.

The cheap offers provide a model for other countries to borrow from or even top.

Vietnamese budget carrier VietJet Aviation is offering fares for next year’s Lunar New Year holiday from 9 U.S. cents on all flights from north and central Vietnam to the country’s south.

In the United States too, radical moves are being made.

But there are still major challenges for the struggling global aviation industry.

In the U.S. and Europe, where case numbers are much higher, airlines are still slashing their forward schedules and business travel remains at anaemic levels.