The COVID-19 slowdown is creating pain for small PNG businesses and while the national government is offering cheap loans, not everyone agrees that’s the best way to help them survive.

Entrepreneur Rita Awesa has worked in PNG’s travel industry for all most a decade, but when COVID-19 hit and the country’s borders closed, things got very difficult.

“I have been operating as a travel agent owner for the last eight years.”

“The COVID-19 has affected all of us very badly, as a travel agency owner, my revenue has plunged from what I was making right down to zero and this is not going to pick up until the borders open,” she said.

Rita Awesa and more than 30 other small business owners have been running their operations out of a shared ‘business incubation facility’ that is run by the state-owned National Development Bank (NDB).

She said it has been a good way for the PNG small business community to develop, especially amidst what she sees as foreign competition.

“Papua New Guineans here and elsewhere are hard-working people and we see the Chinese coming input up Lot 16 and Lot 17 everywhere in Port Moresby, so we see that this is one of the best practical forms of government policy,” she said.

Papua New Guinea’s economy was struggling even before the COVID-19 pandemic, with the government starting the year planning for its biggest ever deficit.

It has borrowed money from lenders like the Asian Development Bank and the Australian Government, which is set to provide a loan worth more than $AUD135 million and is suspending repayments on an existing $AUD440 million loan.

But the government won’t be the only one borrowing money, with the Prime Minister James Marape recently telling PNG’s parliament about the government’s rescue plans for the country’s small businesses, providing them with cheap bank loans.

“Our governments’ responsibility is easier access to these credit facilities is available to our people; we don’t encourage a free handout mentality.” Mr Marape said.

“Those who are existing businessmen, businesswomen in our country, they are struggling through a tough time due to COVID-19 and the economy has contracted, they need to have some breathing space.”

The government has allocated K200 million ($AUD81 million) to the initiative, which will be managed by the NDB and Bank South Pacific.

The NDB’s Bank Managing Director Moses Liu says they’ll be offering small businesses loans of up to half a million kina with very low-interest rates and up to 20 years to pay back the borrowed funds.

“Assist the growth of MSME’s [micro-small enterprises] in the country by handing to them at very concessional rate of 4 per cent,” he said.

But for businesswoman like Rita Awesa says despite the promise of financial support, there isn’t a lot of breathing space.

The land where the shared ‘business incubation facility’ has been since 2017 is about to be sold by its owner.

She and the other small business operators only have until the middle of the month to relocate.

“In this country, we are goood at changing governments, when new governments come in, they are good at creating new ideas, but they don’t know how to improve existing ones,” she said.

Small business advocate, Rowanne Endose also believes that the government has failed to consult adequately; she argues there won’t be many small businesses applying for the loans.

“We are two ends of the spectrum; we could work together if there was a bit more consultation,” she said.

“I don’t know who will be in a position to be eligible for that even, because most people are trying to bounce back from the pandemic.”

“For some businesses, what they don’t need right now is to borrow more money,” the Managing Director of the ANZ Bank in PNG, Mark Baker told the online magazine Business Advantage PNG this week.

“Their underlying business may not have the cash flow to deal with the increased debt,” said Mr. Baker.

But economist Maholopa Laveil from the University of Papua New Guinea said the cheap loans is a valuable fiscal policy; he argues that highly concessional loans are the only way to save small businesses right now.

He does believes however that the government could do a better job of selling the idea to small businesses in major hubs like Lae and Port Moresby.

“The funding is good… towards NDB and other commercial banks; the only problem is if the funding can reach the businesses because NDB has low requirements’ and low interest rates,” he said. 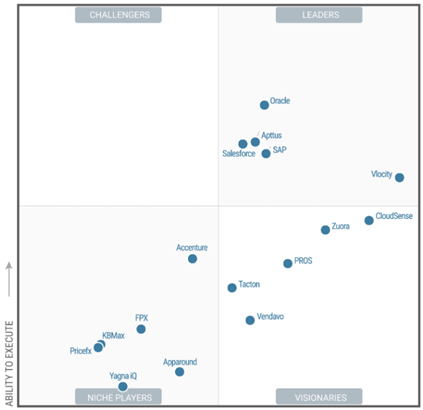