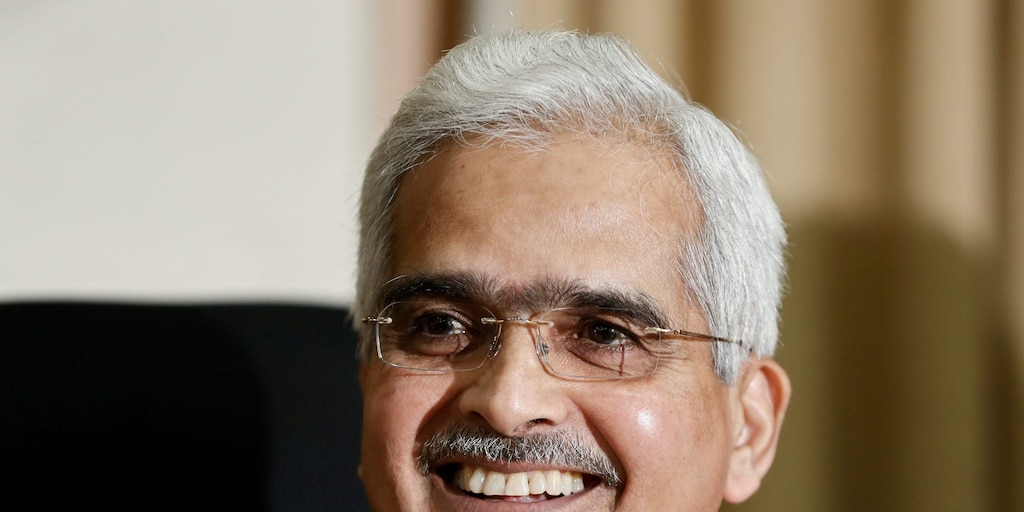 Gold is one of the best performing asset classes in 2020. Its status as a safe-haven in times of economic crisis, together with its tendency to profit from a weaker US dollar, has driven investors into the market in droves.

In fact, investors, via exchange-traded funds, now own more gold than most central banks.

But it’s not just the likes of the hedge funds who have loaded up on gold. Central banks themselves have beefed up their own holdings, undeterred by the march north in the price.

Business Insider spoke to a number of experts to find out why even central banks, generally the most cautious segment of the investment community, have bought into bullion so heavily.

Why central banks care about gold

Max Castelli, head of global strategy at UBS Asset Management’s Global Sovereign Markets team, said: “Increasing exposure of central banks to hold more gold is a long-term trend which started a few years ago. There are multiple drivers supporting this trend and price is certainly one of them.”

GraniteShares’ Giannotto said: “Oftentimes, central banks will purchase sovereign bonds or foreign currencies for their balance sheets, but gold is simply an alternative asset to accomplish the same goal—make their currencies credible in the eyes of global markets.”

Not only does gold make up part of most central banks’ foreign exchange reserves, much as the dollar, the euro or the yen would, central banks can also lend it out to willing borrowers, in exchange for dollar-income.

Leigh Goehring, managing partner of natural-resources investment firm Goehring & Rozencwajg Associates, said two of the biggest official buyers of gold in the past few years have been Russia and China.

Goehring said: “Since 2008, we have seen a huge swing in central banks’ gold buying.” Indeed, in 2009, in the wake of the financial crisis, central banks became net buyers of gold each year and have remained so.

Trade tensions, geopolitical issues, and threats of sanctions have made central banks more reticent to hold quite such a large portion of their reserves in US dollars. “They have expressed a strong desire to diversify away from the US dollar, and gold has represented a diversifying asset class,” Goehring added. 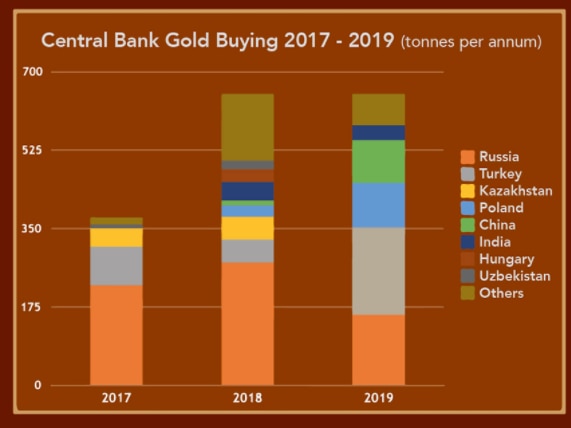 It has been mainly emerging-economy central banks that have bought gold in the last year. But one in particular stands out.

Turkey was by far the biggest buyer of gold over the last year, nearly doubling its holdings in the 12 months to June by 268.9 tonnes to 583 tonnes.

To put it in perspective, Turkey bought more gold in the year to June than every other central bank that bought combined. Even Russia, the next biggest buyer, “only” purchased 93 tonnes.

Some experts said Turkey’s buying spree is partly the result of two years of economic turmoil.

Giannotto said: “Turkey is amidst a full-blown, unmitigated currency crisis, desperately trying to defend the value of its currency. The country has been running dangerously low in foreign exchange reserves after trying to prop up its own currency.”

Read more: Fred Liu’s Hayden Capital has returned more than 100% in 2020. He breaks down the simple strategy he used to pinpoint 2 stocks that grew 10 times within just a few years.

The Turkish lira has lost around a quarter of its value against the dollar since the start of the year alone. One dollar is currently roughly worth 7.3 Turkish lira. Just two years ago, it bought around 5.4 lira.

But Goehring & Rozencwajg’s Goehring disagrees. He said holding gold is less about supporting the lira and more about acting as a hedge against any barrier to access US dollars.

“Should relations between Turkey and the US deteriorate further, Turkey risks further tightening of US sanctions, and an increased risk of not being able to secure US dollars to settle payment,” he said.

Relations have faltered between Turkey and NATO in recent years, as allies have been alarmed by Turkey’s purchase of Russian air defense exports, despite being a NATO member, as well as its presence in Libya.

Goehring added: “The US has used this strategy with other countries, including China and Russia [as] gold represents an asset class that is perceived to be beyond the reach of the US government.”

Central banks to stick with gold despite recent volatility

Gold broke the $2,000 mark for the first time ever last week. It has soared since July as trade tensions between US and China rose, and investors flocked to safe havens.

But just as the rally seemed unstoppable, the price fell abruptly below $2,000 on Tuesday, in its worst daily drop  in more than seven years.

Read more: Goldman Sachs explains the biggest factors that will drive returns in all 11 stock-market sectors amid virus uncertainty — and lays out how you should position your portfolio in each one

But the price has since recovered somewhat. And experts told Business Insider that central banks take a more long-term view of their reserve holdings and are unlikely to significantly change their buying habits based on gold’s short-term volatility.

“Whilst we expect this trend to continue – particularly if gold prices remain elevated once the current crisis is over –  I do not expect central banks to become active traders of gold,” UBS’ Castelli said. 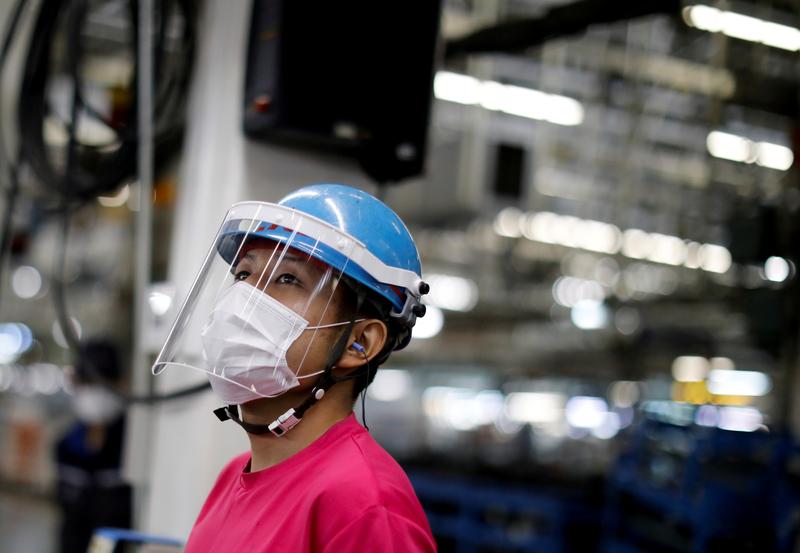 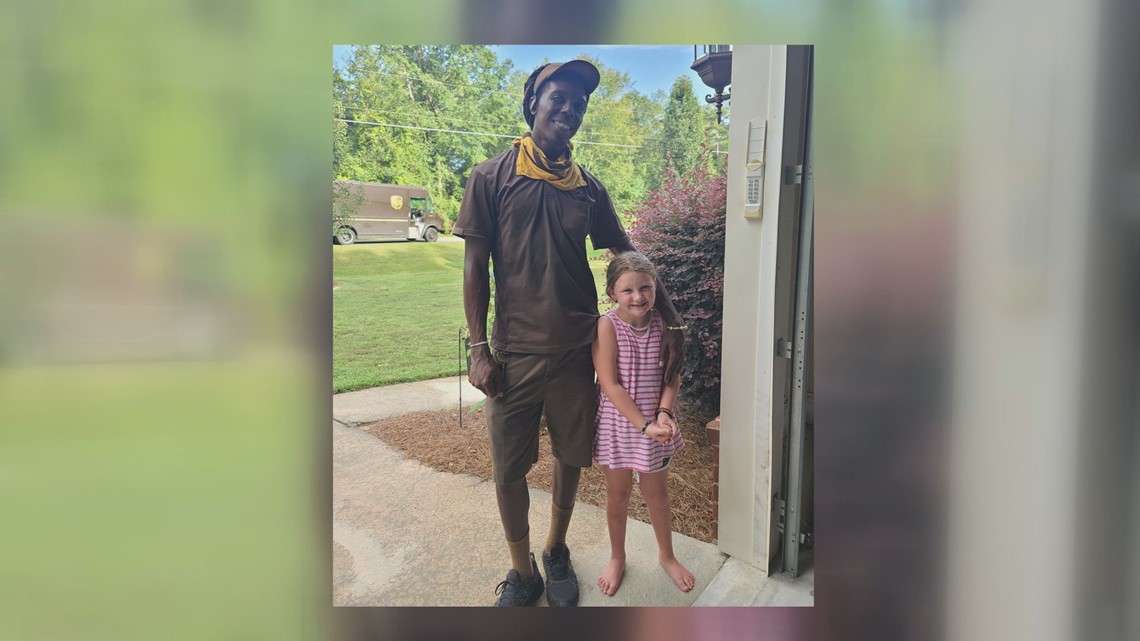