Rechler is just one of 150 business leaders who sent an unusual letter to the mayor that seemed like a vote of no confidence. The letter said many employees don’t want to return to work in the city because of “widespread anxiety over public safety, cleanliness and other quality-of-life issues.”

As employers who are committed to New York City and its re-emergence from the devastating health and economic impacts of the COVID-19 pandemic, we are confident that New York can and shall remain a thriving global center of commerce, innovation and opportunity.

Despite New York’s success in containing the coronavirus, unprecedented numbers of New Yorkers are unemployed, facing homelessness, or otherwise at risk. There is widespread anxiety over public safety, cleanliness and other quality of life issues that are contributing to deteriorating conditions in commercial districts and neighborhoods across the five boroughs.

We need to send a strong, consistent message that our employees, customers, clients and visitors will be coming back to a safe and healthy work environment. People will be slow to return unless their concerns about security and the livability of our communities are addressed quickly and with respect and fairness for our city’s diverse populations.

We urge you to take immediate action to restore essential services as a necessary precursor for solving the city’s longer term, complex, economic challenges. Consistent with analysis and recommendations laid out in A Call for Action and Collaboration, a report on the impact of COVID-19 published by the Partnership for New York City in July, we are prepared to help advise and support such an effort.

We look forward to your response and to partnering with you and others who share a commitment to a vibrant recovery and a great future for our city.

“When people ask ‘What is the plan?’ There is no plan, right? The plan is that we’re going to have a vaccine. Well, waiting for a vaccine is not a plan,” Rechler said.

“The spike in shootings is very concerning. I think just walking around, people do feel that trash is not being picked up in the same way that it used to be and that homelessness is a real problem. All of these things need to be reversed to make sure we stay on track to really get back with our economic recovery,” said Jessica Walter, executive director of the Manhattan Chamber of Commerce.

A spokesman for the mayor says he needs more money to fix things.

“The most direct way to do that is with long-term borrowing and a federal stimulus,” the spokesman said.

But the business leaders say that Mayor de Blasio couldn’t fix things even when the city was flush with cash.

“Many of the issues the city faces today are chronic issues that we’ve had for the last several years. And we had all the money in the world in the city budget and we didn’t solve the homeless problem,” said Kathryn Wylde of the Partnership for New York City.

The business leaders say they want to help fix the city the same way they did during the 1970s fiscal crisis.

Failure to successfully address crime AND quality-of-life issues in the early nineties cost Mayor David Dinkins his second term and diminished the reputation of his mayoralty. Déjà vu, all over again.https://t.co/U8NLpPo5bR

Even Bill Bratton, de Blasio’s former police commissioner, jumped on the bandwagon. In a tweet, he compared de Blasio to former Mayor David Dinkins, who was also unable to solve quality-of-life issues.

“Déjà vu all over again,” he said.

You can get the latest news, sports and weather on our brand new CBS New York app. Download here. 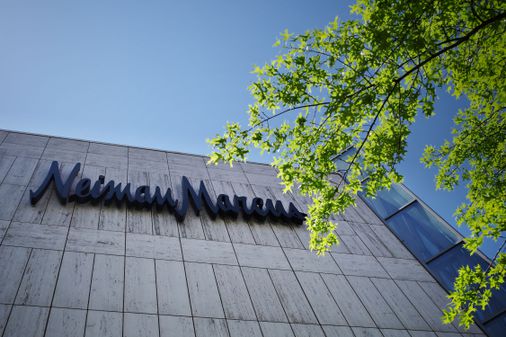