Business is brisk on a weekday morning in September at the Dunkin’ doughnut and coffee shop on Whiskey Road in Aiken.

A long line of cars is waiting to go through the drive-thru and a couple of customers are inside picking up their orders.

In the midst of the coronavirus pandemic, “all my Dunkin’s are doing great,” said Charlie Hartz, a franchisee who operates the Whiskey Road Dunkin’ along with another on Richland Avenue West and a third in North Augusta.

“We are lucky to have a business model that sort of fits right in with what you’re able to do now,” Hartz continued. “People are comfortable with the drive-thrus because it’s contactless delivery. Dunkin’ also has a digital platform called Perks, which is a loyalty deal, and they (customers) can sign up and order on their phone. It makes things really easy.”

In addition, Hartz is co-owner of The Village Cafe on Aiken’s Southside that serves breakfast and lunch. Diners can order at a counter inside and then sit down to eat or they can get food to go.

In another coronavirus-related change, The Village Cafe started offering precooked dinner entrees such as chicken parmigiana and meatloaf.

“People can call in to reserve them and then take them home and heat them up in the oven at night,” Hartz said. “That has been really helpful to our business.”

Even though COVID-19 forced Hartz to permanently close a Dunkin’ location in the lobby of Aiken Regional Medical Centers, he doesn’t have much to complain about, so far, during the pandemic.

“They weren’t allowing visitors, and in the best of times, it just kind of broke even,” Hartz said. “So with the whole (COVID-19) thing, it didn’t make sense anymore to continue.”

But at his remaining Dunkin’ stores and The Village Cafe, business is up 10 to 15% from a year ago, Hartz reported.

“I feel terrible for the traditional full-service restaurant operators out there,” he said. “They’re struggling.”

Confirming that observation was Damian Blevins, who owns the Aiken Fish House and Oyster Bar with his wife, Rachael.

“It’s kind of like a rollercoaster,” he said. “You have your ups and downs. People go through waves when they’re kind of sick of everything and they’re like, ‘I’m not going to stay inside anymore. I’m going to eat out.’ But then they pull back whenever there is an announcement that cases (of COVID-19) are up.

“One week we have a ton of takeout,” Blevins added, “and then the next week there isn’t a lot.”

In South Carolina, restaurants can’t exceed 50% capacity, and that hurts.

“We’re probably about 40% down from what we were doing (prior to the pandemic),” Blevins said. “For me as an owner, I’ve adapted and adjusted. If our sales are down 40% then our labor goes down 40% and our ordering (of seafood) goes down 40%. We manage it like that so we can keep the doors open.”

Under normal circumstances, summer usually is a slow season for restaurants in Aiken.

“We’re hoping for an uptick” in the late fall and winter, Blevins concluded.

It’s been around six months since COVID-19 began disrupting business in South Carolina. Following the beginning of its onslaught in mid-March, there have been temporary shutdowns, reopenings and even some permanent closings.

As of Saturday, 127,646 confirmed cases of the coronavirus had been reported in the Palmetto State. The number of deaths caused by COVID-19 was 2,891.

How businesses are doing locally in such an uncertain environment “is really a mixed bag, I think,” said J. David Jameson, president and CEO of the Aiken Chamber of Commerce. “We’ve seen a lot of reinvention in the restaurant industry. The entertainment industry has come to a standstill. There are very few, if any, live events. Hotel and motel occupancy rates have declined dramatically. Retail is trying to tiptoe back into the water and encourage customers to come back.”

Meanwhile, other types of business are thriving.

“Contractors, painters and pressure washers – all their businesses are soaring because people have more time to get projects done,” Jameson said. “The real estate market is roaring right now, and that has a ripple effect. When residential sales are good, then appraisers and lawyers who do closings are benefitting and so are the HVAC guys, the interior painters and the carpet people. Manufacturing here has continued the whole time except for some little pauses.”

During July, the most recent month for which figures are available, Aiken County had an unemployment rate of 6.7%. Only two of South Carolina’s 46 counties had lower rates.

“Aiken hasn’t dodged a downturn, but it has been a little more stable than many other places,” Jameson said. “The downturn that we have felt here has been less.”

As the manager of Pitter Patter and Caroline’s, which share the same retail space in downtown Aiken, Catherine Gouge has noticed business picking up in recent months.

“It’s definitely gotten a little better than at the start (of the pandemic),” Gouge said. “We’re still not back to normal, but we’re seeing improvement for sure. We’re still pushing sales on our website and personal shopping through Instagram or Facebook, and we have appointment shopping if people are more comfortable that way. But we have seen some increases in foot traffic, especially over Labor Day.”

There also have been adjustments made in the buying and inventory levels for both Pitter Patter and Caroline’s.

“I don’t think any of us would survive if this was permanent, but we are making it work for now,” Gouge said.

He is an executive with the Sycamore Investment Group, a company that owns hotels in in Aiken, Greenville and Florida.

Jasani is in charge of the Hilton Garden Inn, Hampton Inn and TownePlace Suites by Marriott in Aiken.

“In March and April we were running between 10 to 15% occupancy and now, during the last three months, we are running about 40 or 45%,” he said. “We are hoping that it will stay the same and not decline through the end of the year. Then we are hoping for a big increase in the spring (of 2021).”

It was a blow when the Masters was moved from April to November. Later, there was further disappointment for Jasani and other hotel operators when the decision was made not to allow spectators.

“Man, that really crushed us,” he said. “We thought we might be able to salvage at least that quarter, so it hurt a lot when we got that news.”

An upswing in leisure travel recently has helped boost occupancy rates, according to Jasani.

“People have been pretty much cooped up for a while, and they’re feeling a little bit more comfortable about getting out and about,” he said. “But corporate travel and travel for SRS (the Savannah River Site) still haven’t really come back in full force yet, and we really depend on the corporate business.”

Will Williams agreed with Jameson about the pandemic’s limited effect so far on the manufacturing industry locally.

“Manufacturers are up and running,” said Williams, who is the president and CEO of the Economic Development Partnership of Aiken, Edgefield, McCormick and Saluda counties. “There are soft business conditions for some companies, but for the most part, everybody is back to business as usual. They’ve got protocols in place (to deal with COVID-19).”

A few are even hiring, Williams added.

He believes that Aiken County’s low unemployment rate in comparison to other locations in South Carolina is a result of “our economy being less hospitality-driven than other parts of the state.”

At Coward & McNeill real estate firm, which specializes in commercial properties, “we are humbly busy and very, very thankful,” Mike McNeill said. “We’ve got more deals going now than we had before the pandemic and we’ve got more deals going now – and I mean literally properties under contract – than we’ve ever had in the history of the company,” which is based in Aiken.

There are many eager buyers.

“The pandemic hasn’t affected some sectors of the market to the point that some people thought it was going to in late February or March,” McNeill said. “There is still a whole lot of cash on the sidelines out there, and people are wanting to get things done before the (presidential) election It appears to us that they are very, very confident about what the outcome is going to be, that Donald Trump will go in for a second term, and they are very confident about putting their money to work.”

McNeill described the residential sector of the real estate market as “unbelievable.”

“There is greater demand than there is supply at the moment,” he said.

McNeill also mentioned a desire on the part of buyers to leave large metropolitan areas because of civil unrest. Another reason is concern about COVID-19, according to media reports.

Coward & McNeill is involved in selling large tracts of land that can be used for hunting or to raise timber. Some have cabins and other structures on them, and buyers are purchasing them because they want to live there, McNeill said.

“We believe that the higher level of interest has to do with the fact that people are looking to be more rural and they’re wanting to become more self-sufficient as well,” he added.

Especially attractive is property with natural sources of water.

Whitesell is the broker-in-charge at the downtown Meybohm Real Estate office in Aiken, and she also is the chair of the Aiken Chamber of Commerce.

“There is a really low listing inventory now and there is a high demand from buyers,” she said. “You’re getting multiple offers, so buyers and sellers need to be prepared to handle that. I would say that if you’re thinking of selling, now is the time.” 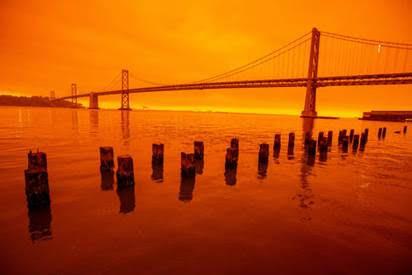