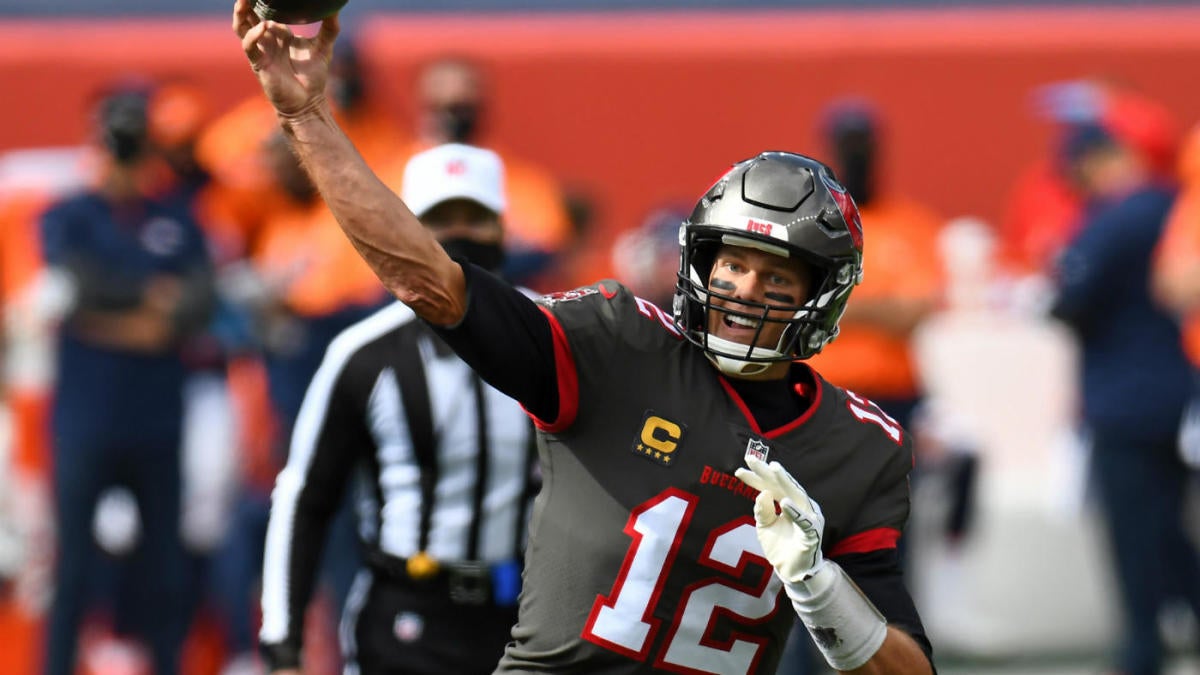 The Tampa Bay Buccaneers were inconsistent at times, but Tom Brady had his first game with three passing TDs with his new team. The Buccaneers controlled the game from start to finish in a 28-10 victory over the Denver Broncos. The Bucs are still trying to find their groove on offense, but Brady finished 25 of 38 for 297 yards and three touchdowns for a 115.8 passer rating. Tampa Bay lost Chris Godwin to a hamstring injury, but its pass offense was balanced with eight different receivers catching a pass.

Scotty Miller led Tampa Bay with 83 yards receiving and Mike Evans had two touchdown catches — on two targets that went for a total of two yards — giving him four scores in three games with Brady. Tampa Bay had just 68 rushing yards, though the Buccaneers averaged 5.4 yards per play. The defense held a lifeless Broncos offense to just 10 points, finishing with six sacks and two interceptions, while the special teams blocked a punt in the first quarter.

Denver’s offense couldn’t do much, as the offensive line was obliterated by the Tampa Bay pass rush. The Broncos averaged just 3.8 yards per play and only ran the ball 14 times, becoming one-dimensional with Jeff Driskel at quarterback. Driskel was benched for Brett Rypien in the fourth quarter, but Rypien was picked off in the end zone by Mike Edwards when Denver was trying to get a late score. The Broncos fall to 0-3 for the second straight season under Vic Fangio as they remain hampered by injuries throughout the offense.

Here are takeaways from this game; for a recap, visit the live blog below.

Why the Buccaneers won

Tampa Bay was just a better team from start to finish in this one. Head coach Bruce Arians made it a point of emphasis to take an early lead and eliminate the Broncos running game, especially with Jeff Driskel making his first start in place of the injured Drew Lock. The Buccaneers jumped out to a 23-3 lead off the arm of Tom Brady as he completed 15 of his first 24 passes for three touchdowns as the Buccaneers’ lead was never in doubt. Tampa Bay decided to go pass heavy in a way to get the offense going early and allow the pass rush to take over the second half.

Why the Broncos lost

It’s tough to win a game with a No. 2 quarterback, as Jeff Driskel proved in place of Drew Lock. Driskel was the eighth different quarterback to start a game for the Broncos since Peyton Manning retired, and he didn’t play well, going 17 of 30 for 176 yards with a touchdown and an interception. Driskel was benched for Brett Rypien midway through the fourth quarter as the Broncos are on a short week and need a starting quarterback for Thursday. It’s hard to win football games without Phillip Lindsay and Courtland Sutton on offense, not to mention a banged-up Jerry Jeudy. Denver just didn’t really have a chance to beat a more talented Buccaneers team.

Have to show some love for special teams as Sam Martin’s punt was blocked by Patrick O’Connor after the Broncos first possession, which was recovered by O’Connor at the Denver 14-yard line. That set the tone for Tampa Bay as the Buccaneers scored on a 10-yard touchdown pass from Tom Brady to Chris Godwin three plays later to take a 7-0 lead — and give the Buccaneers the lead for good just 4:56 into the game. It was the beginning of a disastrous day for the Broncos after that blocked punt.

Play Of The Game

Shaquil Barrett recorded a safety with the Buccaneers up 23-10 in the third quarter, part of a day where the former Broncos’ Super Bowl champion finished with two sacks, three tackles for loss and six tackles overall. Barrett blew by Calvin Anderson and earned the sack in the end zone on a designed blitz, forcing the safety and extending Tampa Bay’s lead.

“We built this team on defense, but Tom (Brady) was just the icing on the cake,” — Bruce Arians after Sunday’s win. Brady had three touchdown passes in the win as the Buccaneers defense allowed just 226 yards and 3.8 yards per play in the victory. Safe to assume Brady had his best game in a Buccaneers uniform, ending his skid of four consecutive games with an interception (including the postseason).

The Broncos (0-3) are on a short week as they travel to MetLife Stadium to face the New York Jets (0-3) on “Thursday Night Football.” The Buccaneers (2-1) return to Raymond James Stadium and host the Los Angeles Chargers (1-2) next Sunday.