San Francisco’s Pier 30-32, once the site of a proposed Golden State Warriors arena, would be redeveloped with an audacious mixed-use project that would include a floating public swimming pool and more than 850 housing units, according to a proposal that city staff recommends go forward.

Developers Strada Partners and Trammell Crow beat out two other developers as the preferred option in a Port of San Francisco competition for both the piers and the 3.2-acre lot across the street known as Seawall Lot 330.

Previous development proposals on the 13-acre site died amid fierce fights. The Warriors’ proposed arena plans fell apart due to opposition. Talks with George Lucas to put his cultural museum there went nowhere. A developer was picked in 2000 to build a cruise terminal, hotel and housing on part of the site, but the plans sank. Other proposals have also drowned. The site sat vacant since the structures on it were destroyed in a fire in 1984, but the city opened a 200-bed homeless shelter there last year, which caused a neighborhood uproar and a lawsuit.

The port sounded the call for proposals in February, before the pandemic hit and many real estate projects stalled amid the economic fallout. Building is always challenging along the waterfront, where height limits and uses are tightly regulated and where activists scrutinize every project and approvals, which are required from multiple agencies, can take many years.

The other two proposals for the sites would have had far less housing. One, from prolific builder Tishman Speyer, called for 459 units while a third, from Vornado, would have 360 units.

The Strada proposal would including investing $369 million into waterfront infrastructure as well as provide approximately $325 million in lease payments over many years. The investment in critical infrastructure includes strengthening the seawall, developing new, seismically sound piers as well as the deep draft berth, all of which will provide critical resiliency and sea level rise protection along the waterfront, while also offering first-in-kind recreation opportunities in the bay.

This isn’t the first time a developer has floated the idea of a bobbing pool in the bay. In 2006, a recreation company proposed a similar idea for Piers 27-31, where Shorenstein Properties wanted to build office space.

The current piers would be demolished and replaced with a pair of finger piers and “simple shed buildings.” Between the two piers would be a floating swimming pool and bay recreation area that would allow people to swim and kayak in between and around the piers.

“Our project is designed to succeed where others have failed by basing our proposal on established precedent, a pragmatic design that embraces a ‘less is more’ ethos, and public trust consistent attractions not seen elsewhere around the Bay,” states Strada in its proposal.

The sheds on the piers would include 376,000 gross square feet of office space and about 3 acres of the pier’s 7.2 acres would be publicly accessible open space. A quarter of the homes would be affordable.

The port commission is expected to hear the proposals at Tuesday’s meeting.

Supervisor Matt Haney said he’s “excited that there is finally a long term plan for that site and one that includes much needed housing and recreation space. This is a dense and growing neighborhood that needs both those things.”

Haney said that the proposal also assuages neighborhood concerns that the current use — a navigation center for homeless folks — would be permanent.

“When we were having the conversation about the navigation center I made it clear that it would be temporary and that there would be a long-term development for that site. I’m happy to see that come to fruition.”

Political consultant P.J. Johnston, who has been involved in several waterfront projects that have been killed by neighborhood opposition, said that San Francisco’s resistance to change “is especially cutthroat and cynical when it comes to the waterfront.”

“They scream and shout about protecting the waterfront,” he said. “They exploit people’s fear of change. But all they end up doing is protecting parking lots.”

Strada and Trammell Crow couldn’t immediately be reached for comment. 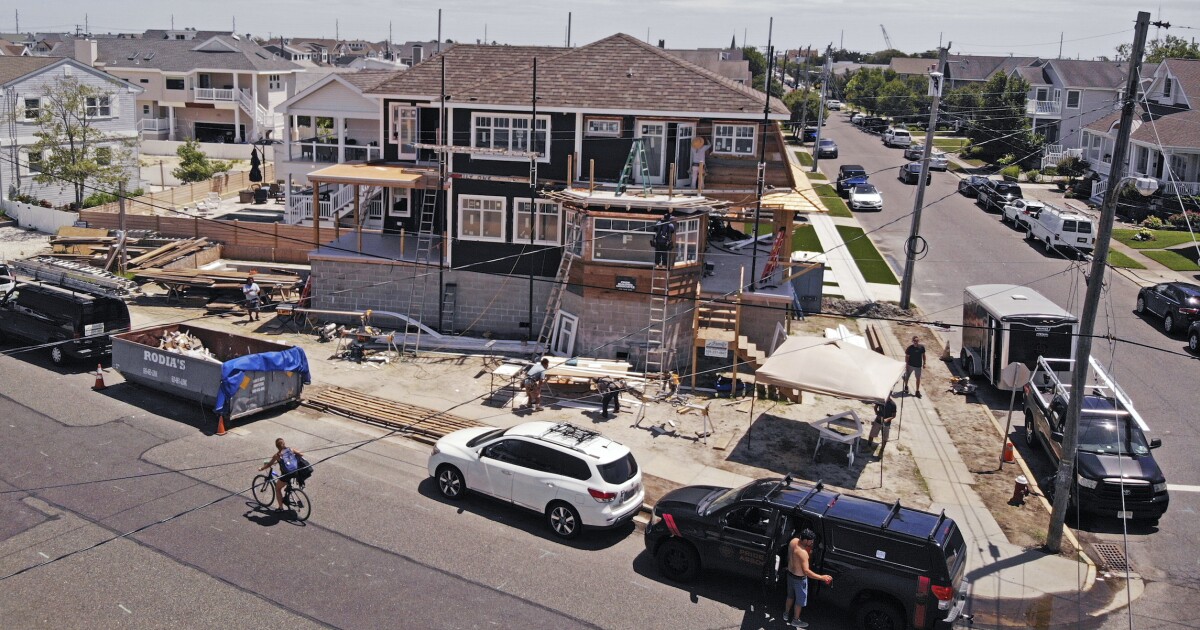