Looking for policy differences between President Donald Trump and his Democratic challenger former Vice President Joe Biden? The most stark may be on climate change, the issue that more than any other will shape America’s energy future.

Biden has a climate plan — a big one. Trump simply doesn’t.

Biden aims to push as much as $1.7 trillion over 10 years into a plan to boost renewable power and speed introduction of electric vehicles, through tax credits, boosted research and development into technologies including large-scale battery power storage and carbon capture and minimization, and modernizing infrastructure, including the nation’s electricity grid and a nationwide network of public charging stations for EVs. If it passes, ordinary consumers will get subsidies for switching to electric cars, a “cash for clunkers” like incentive to trade in gas guzzlers, and more of their home electricity will come from wind or solar sources.

Trump, literally, has proposed no formal climate plan. Instead, his campaign’s website touts an energy plan that focuses on expanding drilling for oil and gas on federal lands and offshore, including the Alaska National Wildlife Refuge. The GOP platform for 2016, which the party readopted for this campaign, says “climate change is far from this nation’s most pressing national security issue” and called former President Barack Obama’s climate plan “a triumph of extremism over common sense.”

The difference between the candidates’ positions will resound through American lives and household budgets for years to come. They could help determine everything from the kind of electricity they consume— although a Biden-aided drive toward renewable power is not expected to make a major difference in electricity prices — to the kinds of cars or trucks they drive.

Biden’s proposals, if enacted, should change consumer behavior without adding to consumers’ direct cost for electricity and cars, according to Matt Breidert, a London-based portfolio manager for the investment firm Ecofin.

The Biden plan could also create an estimated 10 million jobs, the Democrat’s campaign claims, as construction workers retrofit homes and offices for energy efficiency and American automotive and parts manufacturing retools for a new generation of technology. The president has focused on jobs in the oil and gas and coal industries, which together account for about 220,000 jobs, according to the Bureau of Labor Statistics, while claiming credit for job growth in renewable-energy industries he has derided.

“The things Biden is talking about are very market-centered,” said Chris Lafakis, an energy economist at Moody’s Analytics. “The Biden approach works through incentives, and that’s likely to mitigate its cost, but won’t make the transition happen as quickly.”

In a debate Tuesday night, President Trump argued that he had rolled back climate policies of Obama’s that were “driving the price of energy through the sky” and appeared to argue that tighter fuel-economy standards to promote electric vehicles in Biden’s plan, which are based on Obama-era regulations Trump rolled back, would boost the price of cars by $3,500. The inflation-adjusted price of gasoline, electricity and new cars all declined in the eight years after Obama’s election, according to government data.

Biden countered that his plan would create millions of high-paying jobs. As Trump talked over Biden’s answer in a debate dominated by the president’s behavior, he falsely claimed Biden actually wants to spend $100 trillion and Democrats “want to take out the cows, too,” according to a transcript of the debate. Cows’ breathing and passing of gas emit methane, a greenhouse gas.

Biden’s plan by the numbers

Moody’s thinks Biden’s overall economic plan will create 8.8 million more jobs than Trump’s, based on the campaigns’ public proposals. The economics firm estimates that Biden’s climate plan would cost $490 billion in spending by 2030, most of it during his first term, and another $360 million for the cost of tax breaks to promote clean energy.

A poll by Vice Media and The Guardian, released Sept. 23, showed that 70% of Americans favor government action to slow down global warming, which is caused by the release of excessive amounts of carbon dioxide, methane and other greenhouse gases.

According to the Intergovernmental Panel on Climate Change, rising levels of carbon in the atmosphere will raise worldwide average temperatures by 1.5 degrees Celsius by between 2030 and 2052. That is expected to set off a long list of effects, from more frequent coastal flooding and higher fire risks, to more-frequent hurricanes along the U.S. eastern seaboard, the IPCC’s 2018 report says.

The Democrat proposes to extend existing tax credits to encourage utilities and private power developers to build more wind and solar energy production plants, which are taking market share from coal. He also would extend the $7,500 tax credit for buyers of electric cars — under current law, a manufacturer can only offer the credits to its first 200,000 EV customers, and Tesla and General Motors have exhausted their quota with EVs still only about 2% of U.S. unit sales. To counter criticism that such plans pay wealthy consumers to buy luxury cars they already want, Biden would impose income limits on the tax credit.

The goal is to make the U.S. power sector, which makes 63% of its product with fossil fuels (the rest is renewables and nuclear), carbon-neutral by 2035. And, combined with tougher fuel economy standards designed to pressure automakers to produce and sell more EVs, Biden plans to make all new U.S. passenger cars and trucks be electrically powered by about 2035.

The problem with wind and solar power is that there are times when the wind doesn’t blow hard enough, or it gets too dark or rainy for solar. But that problem would be a focus of the R&D work under Biden, Friedmann said, as would hydrogen-powered energy and techniques that will actually remove existing carbon from the atmosphere, which companies such as Microsoft are supporting as they independently move toward being net zero carbon emitters.

In particular, the money will go toward research into new batteries to store power, so solar power generated during daytime can be distributed in the evening, and wind power generated on the Texas plains can be saved for transport later to California and elsewhere.

“These are things that were not on anyone’s radar (when Obama was president),” said Friedmann, who was an assistant energy secretary under Obama. “Now they are really important.”

What gives the policies a chance to work is that they exploit the fact that costs for EVs and renewable power are already falling, Goldie-Scot said.

Under current law, Bloomberg NEF expects the unsubsidized cost of EVs to be equal to or lower than the cost of vehicles using internal combustion engines by mid-decade. Bloomberg’s forecast says that EVs will make up 7% of the U.S. market by 2025 and 24% by 2030, which can be accelerated if incentives make the up-front cost of EVs lower than those for gas-powered cars and SUVs sooner.

“Biden will accelerate this pretty quickly,” Goldie-Scot said. “The fundamentals are there regardless of the policy.”

Trump’s plan calls for continuing to push for more oil and gas development that uses hydraulic fracking technology, a technique for flushing petroleum out of underground rocks that contain it. Fracking, which was developed using tax breaks passed in a bipartisan bill signed by President Jimmy Carter, matured early in the 2000s and has been central to a 155% increase in U.S. oil output since 2008, and a two-thirds decline in the price of crude oil.

Trump, who took office with that expansion of production about halfway complete, has taken credit for it. He has accused Biden of wanting to ban fracking — a position taken by some of Biden’s rivals in the Democratic primary, but not Biden himself. The Democrat has actually called only for more regulation of methane emissions released during fracking and for an end to new leases allowing drillers to frack on federal land.

“As long as I’m president, we will never let anyone put American energy out of business, which is what they’d like to do,” the president said in a July speech in Midland, Texas, in the heart of the Permian Basin field that has driven much of the increase in U.S. production.

In the same speech, the president said he had opened the Alaska National Wildlife Refuge to oil drilling, enhanced exports of crude oil that were legalized under Obama, and announced an expansion of rules allowing exports of liquified natural gas and approval of permits for gas pipelines that will allow for more exports to Mexico.

He also claimed his policies had created 800,000 “energy jobs” before the Covid-19 pandemic arrived this year, though the Bureau of Labor Statistics puts employment growth in oil and gas extraction since 2017 at 4,100, with about 1,000 more new hires in the coal industry.

Using a broader definition of “energy jobs,” including renewables and positions related to promoting energy efficiency that are not explicitly favored by Trump’s policies, the industry added 120,000 jobs in 2019, including 18,000 in the oil and gas sector, according to a report by the National Association of State Energy Officials. That’s down from 300,000 in 2016. NASEO put industry employment at 6.8 million, up 400,000 since 2016.

The Standard & Poor’s 500 Energy index has lost more than half of its value since Trump’s inauguration.

The S&P 500 energy stock sector, tracked by the XLE ETF, has shed more than half of its value in the past five years. Green energy stocks have boomed, especially in the post-March 2020 bull market, as seen in the performance of ETFs like the First Trust Clean Edge Green Energy ETF (QCLN). 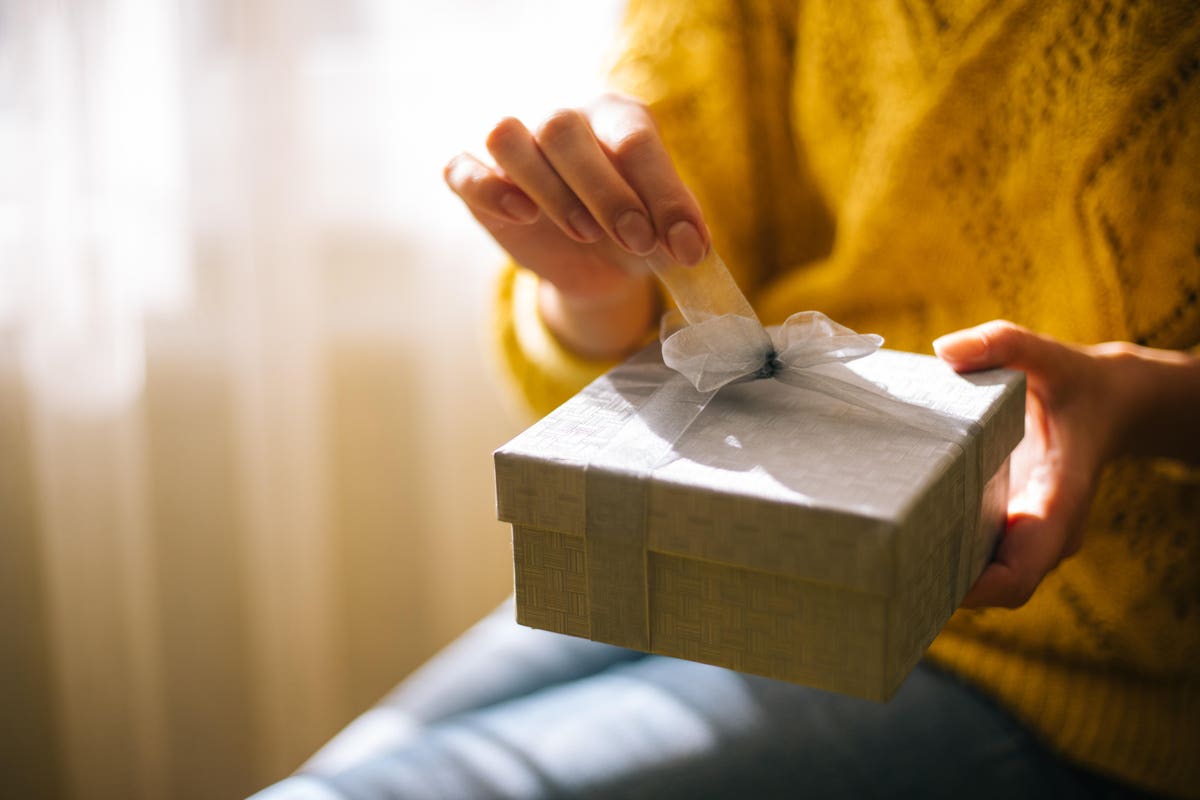 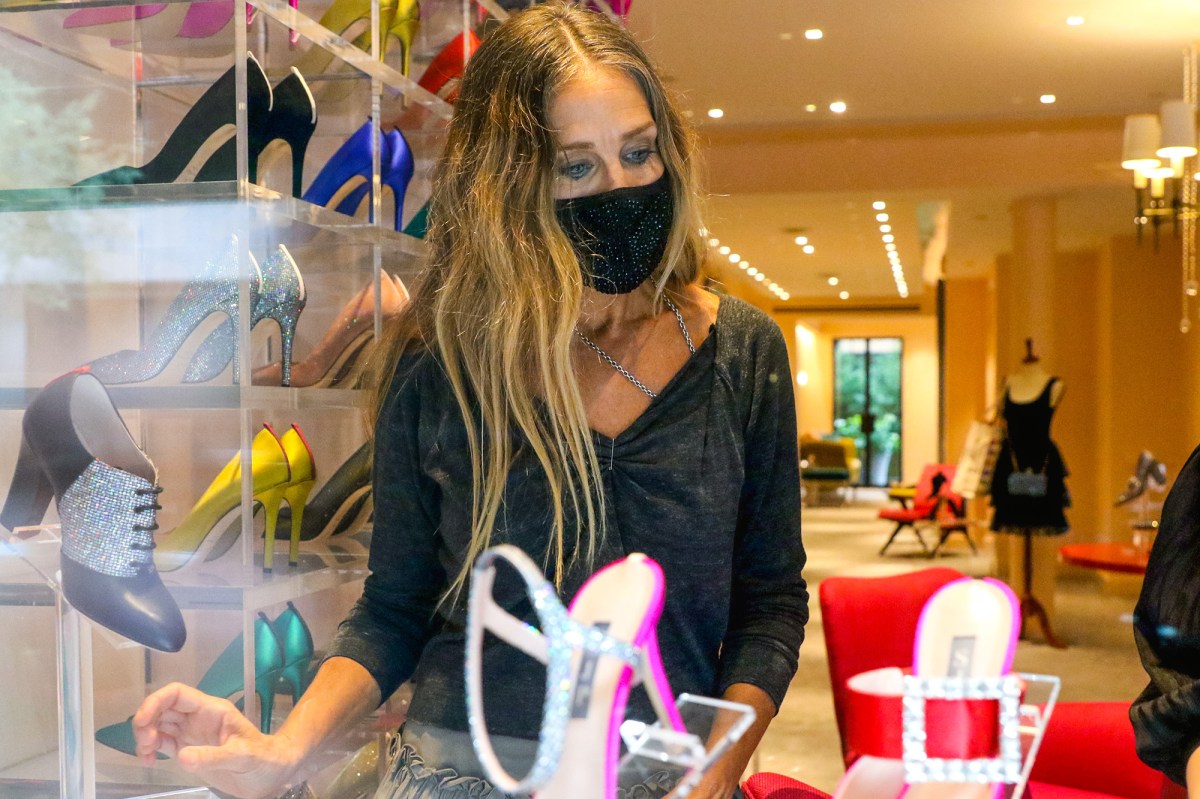