When Nvidia announced its intention to purchase Arm in a $40 billion deal, it marked the start of an expected 18-month process that would see Arm shift from SoftBank to Nvidia.

That period of time, even for a large transaction, is a long time, according to Gartner vice president analyst Alan Priestley.

“They’re obviously going to expect challenges. The fact that they’re projecting it’s going to take that time, a lot can happen in the [semiconductor] industry in 18 months,” he told ZDNet.

“A lot can happen in this world in 18 months so the market might be dramatically different at the end of this closed time.”

It was only a little under 18 months ago that the US really started ratcheting up its trade war with China by placing Huawei on its Entity List, which impacted Arm directly by forcing it to suspend work with the Chinese giant.

This time though, the shoe is on the other foot, as the Nvidia-Arm deal needs approval from Beijing, the same Beijing that used its state-run mouthpiece to compare the Trump administration’s handling of TikTok to the behaviour of gangsters.

“National security has become the weapon of choice for the [sic] Washington when it wants to curb the rise of any companies from foreign countries that are outperforming their US peers,” China Daily said.

“China has no reason to give the green light to such a deal, which is dirty and unfair and based on bullying and extortion. If the US gets its way, it will continue to do the same with other foreign companies. Giving in to the unreasonable demands of the US would mean the doom of the Chinese company ByteDance.”

China has form in blocking takeovers, with Qualcomm in 2018 ending its $47 billion acquisition of NXP after Beijing did not give its assent.

In the immediate wake of the acquisition announcement, however, Nvidia CEO Jensen Huang indicated he expected approval from Beijing following a successful engagement with Chinese regulators on its $7 billion Mellanox deal, and also due to Arm continuing to be based out of the UK.

“With respect to China, the important thing to realise is that the company ownership of the IP is not the relevant issue. The origin of the IP is the relevant factor in export control. The IP of Arm was originated, created, developed over three decades in Cambridge,” Huang said.

“The origin of the technology won’t change. And as a result, the fact that Arm now belongs to an American company versus a Japanese company, that doesn’t change export control in any way.”

But for Priestley, the Mellanox deal is quite different because there wasn’t the spectre of Mellanox selling designs and then competing with its customers when it built chips.

“We’re moving to a scenario now where there’s a potential that if I’m sourcing IP from a company that will compete with me for product — the selling of chips — that’s obviously going to cause concern for quite a few companies that may also raise antitrust or anti-competitive issues in terms of closing the deal as well.”

And this is before the situation with Arm China enters the equation.

Arm China is a joint venture — the style of arrangement many western companies enter into to do business in the Middle Kingdom — and in July, Arm sought to fire the CEO of that venture, Allen Wu, for running another company that invested in Chinese Arm customers on the side.

That would normally be a pretty straight forward case of conflict of interest, except Wu has Arm China’s registration documents and company seal and he has not given them up, Bloomberg reported in July.

Arm China also posted a public letter signed by 176 of its employees imploring Beijing to protect it from the UK parent company.

Add in that a US company is now seeking to replace a Japanese one as Arm’s owner, the omens do not look good.

“I think Beijing will hold it up,” Priestley said. “There would have to be some pretty strong agreements from Nvidia to get around that, but even that would be hard because China is a significant part of Arm’s business and they use the IP.”

“It’s become increasingly important as to what IP is being used for, especially with China’s desire to … encourage its local semiconductor industry and break the links with the US-based companies.”

Even if the deal closes, Priestley still sees downsides in China because operators in the country, such as the likes of Huawei that have invested heavily in Arm-based chips, could begin to look elsewhere, and they might be starting that process already.

“Until we have absolute certainty, Arm’s business is potentially at risk because people might decide that they want to look to pay more serious attention to the RISC-V option than they were in the past because of uncertainty,” Priestley said.

“Arm’s business model is at risk … it runs the risk of losing some customers during this period of uncertainty.”

While RISC-V could be the future, it needs work to handle the workloads that x86, and increasingly, Arm are able to handle.

“RISC-V could go there but it needs a lot more dedicated work to build a server-class CPU,” Priestley explained. “It’s fine for microcontroller class CPUs at the moment.”

During his press call, Huang pointed out that one area the company was excited about was combining Arm silicon and Nvidia GPUs in the data centre. But for Priestley, that doesn’t explain the $40 billion deal since Nvidia could purchase an Arm architecture licence today without needing to pick up the entire company.

“If Nvidia wanted to invest — and I’m pretty certain this will happen before the deal closes, and even if it doesn’t close, it’ll probably happen — Nvidia can make a CPU to sit alongside its GPUs to go into the data centre and there’s nothing stopping it from doing that other than the investment in license fees,” he said.

“It could build an Arm-based version of its DGX servers.”

While that scenario could work well, especially because Nvidia is able to control the software stack and DGX ecosystem, it might not work so well in the wider world.

“The challenge comes if Nvidia decides it wants to try and promote its Arm CPU as a general-purpose CPU and sell it as a CPU to other vendors in the same way Intel sells its processors or AMD sells their processors,” Priestley said.

“That’s where you hit up problems that Arm has always faced. It can run the operating system, you can get maybe some of the headline apps ported, but it’s all the other stuff that runs between the headline app and the operating system that IT organisations use to run and manage their business that’s also got to be ported, and that’s where we’ve always fallen down in the past.”

Huawei could have been able to move the market, Priestley said, but that will not happen now due to the current restrictions it has had to face in the United States.

“It’s a bit like Apple with Apple Silicon, they’ll be successful because they can close the App Store. They only allow apps that run on a Mac that are suitable for running on Arm or are capable of running on Arm — they won’t have a compatibility problem,” he said.

“Windows on Arm has a compatibility problem because you can’t close the App Store. There are lots of different challenges here.”

To prognosticate on the state of the world at the start of 2022, given what 2020 has thrown at us, seems to be an exercise only for the crazy brave. Yet for those in the chip-making world where plans are made years in advance, that is exactly the situation they find themselves in.

Who will be the United States President? Will the trade war with China heat up or diminish? What happens if Nvidia fails to close the deal; what will the debt-ridden SoftBank do then? Who could be the next buyer if not Nvidia? Would China approve of them or not?

These are the sorts of questions that will surround Arm for the next year and a half, and at this stage, any outcome looks as likely as the other. The future is always uncertain, but never more so than now for the chip design company from Cambridge.

The Monday Morning Opener is our opening salvo for the week in tech. Since we run a global site, this editorial publishes on Monday at 8:00am AEST in Sydney, Australia, which is 6:00pm Eastern Time on Sunday in the US. It is written by a member of ZDNet’s global editorial board, which is comprised of our lead editors across Asia, Australia, Europe, and North America. 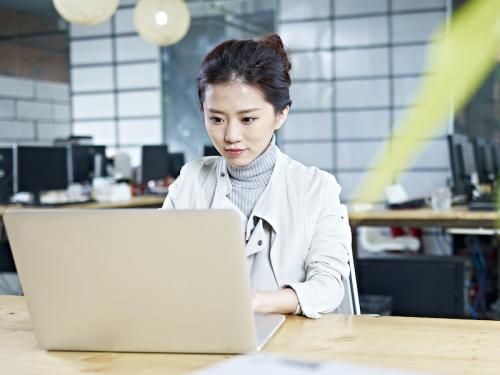