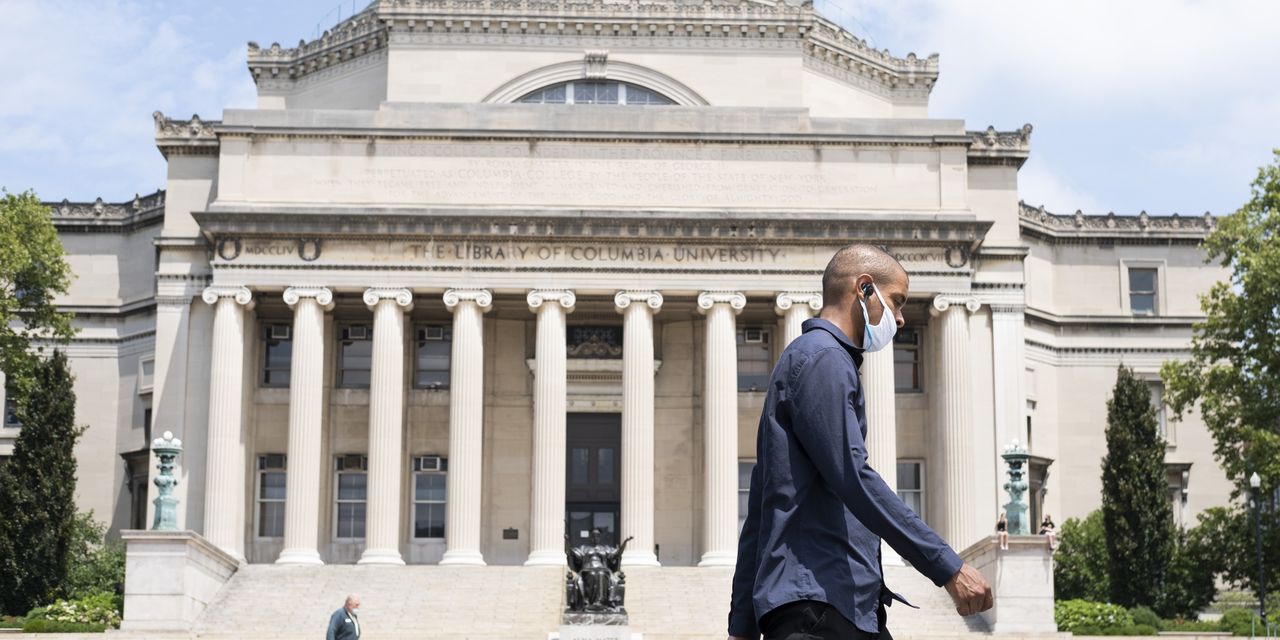 Applications to some top-tier M.B.A. programs are soaring this year after schools extended application deadlines and loosened their standardized testing requirements amid the Covid-19 pandemic.

After several years of falling application numbers, the University of Pennsylvania’s Wharton School, Columbia Business School, MIT’s Sloan School of Management and other elite programs are reporting double-digit percentage application increases for their fall 2020 classes. It is an early indication that at least the top few M.B.A. programs are managing to stay stable through the pandemic and reversing several years of declining demand, according to the nonprofit Graduate Management Admission Council, which tracks hundreds of M.B.A. programs.

Students typically flock to B-schools and graduate programs during economic downturns, as advanced degrees are seen as a way to help further careers even as the job market languishes.

At Georgetown University’s McDonough School of Business, applications for this fall were initially down until Covid-19 hit.

“Starting in April through our July deadline, our applications soared,” said Shelly Heinrich, the school’s associate dean of M.B.A. admissions. “We started receiving a lot of applications from people who had been furloughed, laid off, who are looking for their next step.”

Applications to American M.B.A. programs have been falling for five straight years due to a hot job market and high tuition costs. It can’t be determined yet how applications at most U.S. M.B.A. programs outside the top few universities have fared until GMAC releases more data later this fall.

Schools feared that national-entry restrictions from the pandemic and the possibility of a remote classroom experience would dissuade international applicants this year. Programs such as Wharton and the Haas School of Business at the University of California, Berkeley reported drops in their international student populations for the fall as many chose to defer.

“A good portion of the applications we received were people who were thinking about applying next year and due to their work situation, decided to accelerate it,” said Dawna Levenson, assistant dean of admissions at the MIT Sloan School of Management, which added a test-optional policy for the 2021 admission cycle earlier this month.

“We had tons of calls coming in saying, ‘I heard the school isn’t requiring a test score and has an extended deadline, I’m taking my shot, I’m applying right now,’” he said.

Maher Darwiche, 30, who co-founded AFTCo., a small exporter of consumer goods to several Middle East countries, had thought about applying to M.B.A. programs in 2021 to learn more about finance and operations. This year’s extended application deadlines and loosened testing requirements, coupled with the uncertain economy, convinced him to apply.

Mr. Darwiche enrolled at North Carolina’s Kenan-Flagler Business School, which waived its testing requirements for this year, and moved to Chapel Hill, N.C., to be ready for in-person instruction when classes restart on campus. For now, they are all remote.

“With the effect of Covid[-19] on the economy, it just made sense not to wait an extra year,” he said. “Extended deadlines were kind of a godsend.”

The M.B.A. admissions cycle is divided into three rounds, with deadlines spaced throughout the fall, winter and spring. Schools typically make most of their admissions offers during the first and second application rounds and later-round pools of applicants tend to be fairly small, Mr. Kankam said.

This year, schools used extended round 3 or 4 deadlines to give themselves a larger pool of applicants to fill out their classes and make up for lower-than-usual international-student enrollment, Mr. Kankam said.

Columbia Business School received enough new applicants that it was able to over-enroll for this fall’s class and offer deferrals to all international students who asked for one in the summer, said Amanda Carlson, assistant dean of admissions at the school.

Not all schools are reporting soaring application volumes. Applications to Harvard Business School were up less than 1% from a year ago. The school eliminated its third round several years ago and its final deadline was in January.

The University of Michigan’s Ross School of Business did extend its application deadline but posted a 14% decline in applications. Scott DeRue, dean of the Ross School, said the drop was due to declines in application rounds before the pandemic and before its program was officially designated as a STEM—science, technology, engineering and math—degree, which allows foreign graduates to apply for a work-authorization program that can extend their stay in the U.S. Roughly 100 or so Ross students chose to defer this fall.

Wharton attributed most of its application rise to a program that lets undergraduates from any institution apply for early admission and defer for several years to gain work experience. More than 1,000 students applied this cycle, better than the 400 the school expected, said Maryellen Reilly, deputy vice dean of the school’s M.B.A. program.

Consultants and admissions coaches say the broad decline of international students is likely to hurt midtier schools, which might not have seen the application spikes elite schools have, but that is unknown until GMAC publishes its application survey later this year.

“The M.B.A. market hasn’t been growing for a long time. It could be a redistribution of market share toward the top,” said Tim Westerbeck, president of higher-education consulting firm Eduvantis. “It can be pretty easy to grow applications, you ramp up marketing, lower barriers with testing waivers and offer maximum flexibility.”

Some schools also took advantage of deferred admissions or reached out to undergraduate alumni as a way to attract more applicants during the expanded deadlines. Peter Johnson, an assistant dean at Haas, said the school marketed its extended application deadline to some former Berkeley undergraduates and allowed those alumni to waive the GMAT.

In March, Columbia Business School emailed past prospective students who had started but didn’t complete online applications and let them know the school was extending deadlines.

“Normally by early March, Columbia would have already admitted the majority of our class,” said Ms. Carlson of Columbia. “This year, applying late might be to your advantage.” 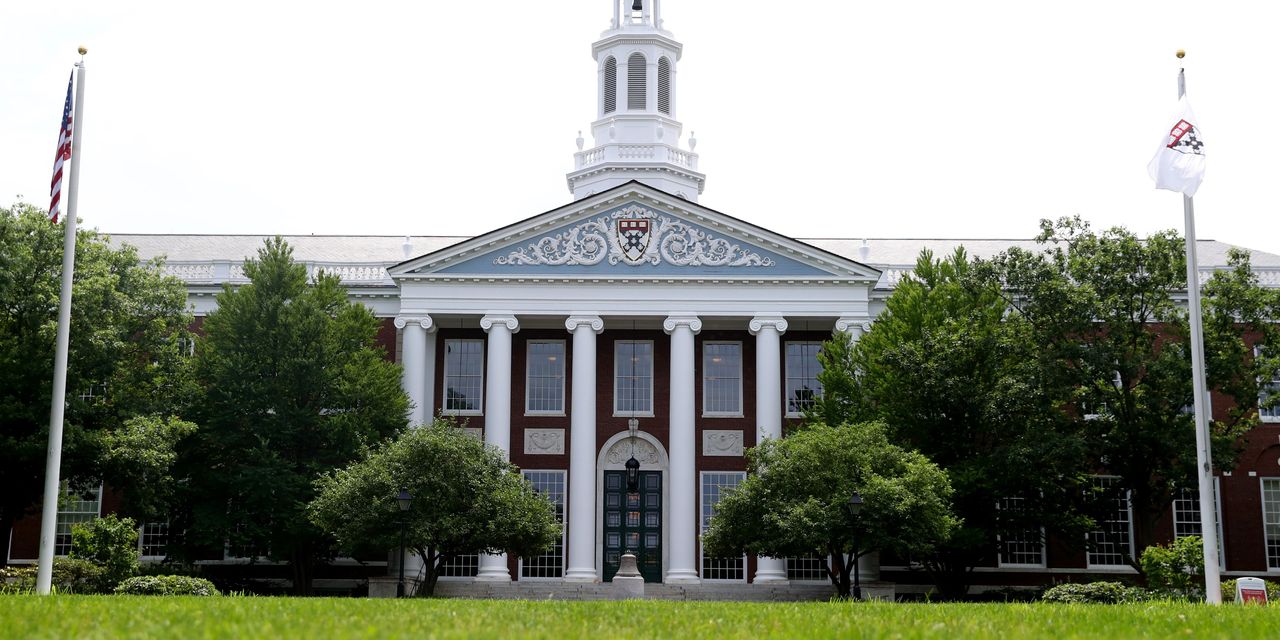