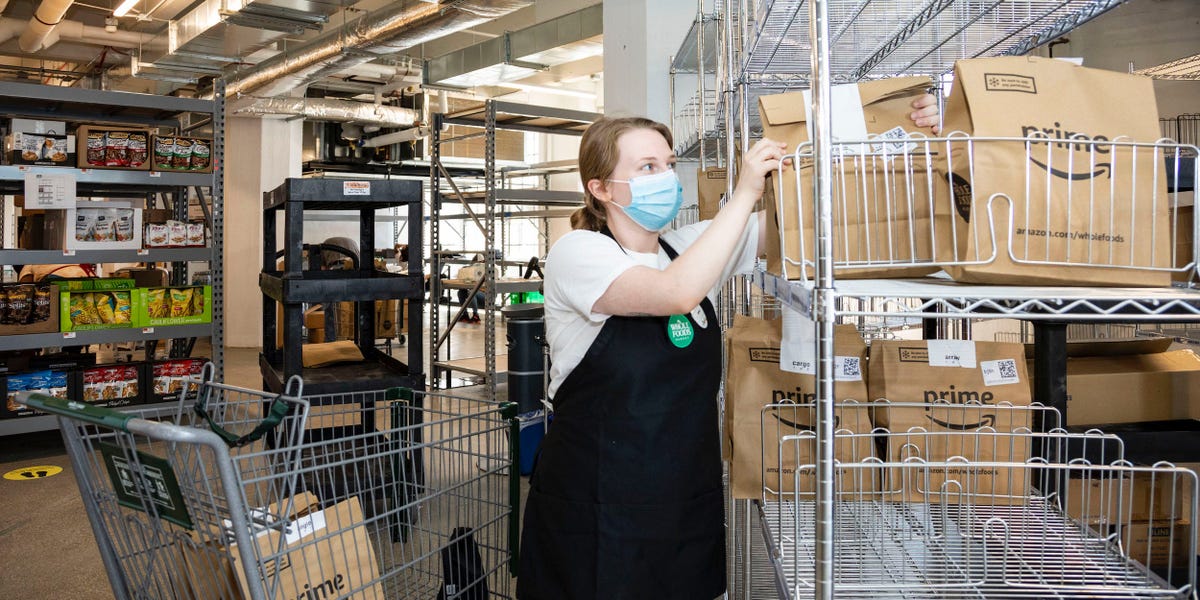 Amazon’s advertising business stands to gain potentially tens of billions of dollars in additional revenue because of its booming grocery and household sales amid COVID-19.

That’s according to the investment firm Jefferies, which estimates the growth in Amazon’s grocery and household sales could help it tap into an advertising market worth almost $1.2 trillion in the consumer packaged goods space.

As more brands that sell food, drinks, and daily consumables see Amazon as a viable sales channel, in part because of the lockdown-driven demand increase, they’ll start buying more ads on the online retailer, boosting the company’s overall advertising revenue.

If Amazon is able to capture just 5% of the total ad spend by these CPG companies, it could add almost $60 billion in incremental ad revenue, the firm estimated in a note published this week. Amazon’s ad business is on pace to generate over $16 billion in sales this year.

“As Amazon becomes an increasingly important channel for CPG companies, we believe a portion of their trade and advertising budgets will shift toward search and product placement on the site/app,” Jefferies’s analyst Brent Thill wrote in the note.

Jefferies derived the $1.2 trillion market opportunity by combining the estimated trade spend — marketing cost for coupons, temporary discounts, and rebates — and advertising spend from CPG companies. As seen in the chart above, Jefferies estimates almost $975 billion in trade spend and $213 billion in traditional advertising expenses.

Jefferies estimates roughly $280 billion to $290 billion of the $1.2 trillion market opportunity is most closely aligned with Amazon’s advertising business. Amazon would be able to nearly double the annual growth rate of its advertising business if it’s able to gain just 2% of the market share, it says.