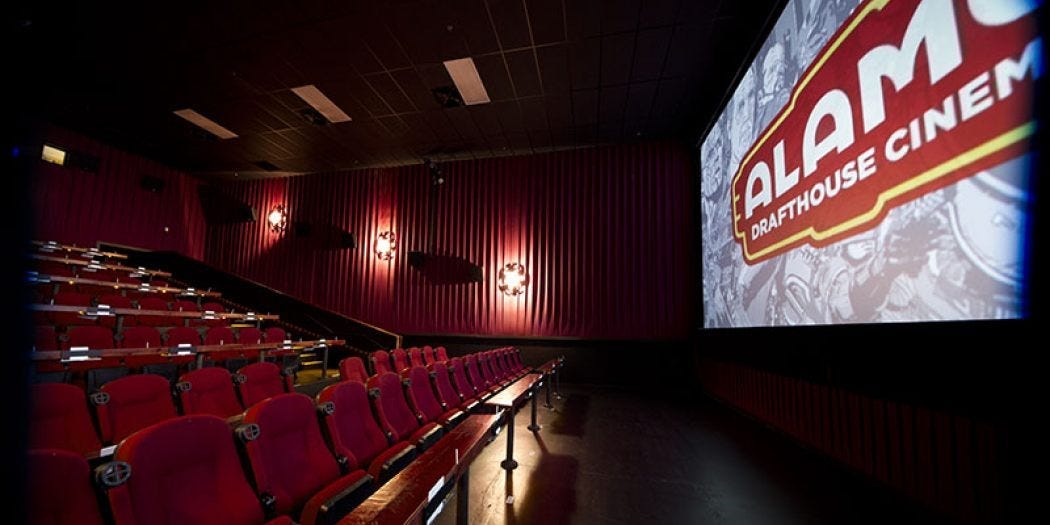 Alamo Drafthouse rents private theaters for $300 plus cost of tickets

In a bid to bring viewers back to cinemas, a chain of US movie theaters is now allowing customers to rent out entire theaters starting at $150. Family members and podmates can view releases like Christopher Nolan’s “Tenet” and classics like “Jaws” at Alamo Drafthouse theaters without worrying about contracting COVID-19 from a stranger two seats over.

The private-theater program has shown early promise. After piloting the offering in Texas, the company is now rolling out theater rentals across the country.

“It was big. Really big. In just the first few weeks we booked over 700 groups of families and coworkers at just a handful of theaters,” Kristen Wheaton, Alamo Drafthouse’s senior director of venue experience, said in a press release.

Since the outbreak of COVID-19, movie theaters across the country have seen revenues plummet. Only 22% of US adults in a recent poll by Morning Consult said they would feel comfortable going to the movies right now. And 38% said it would be more than six months before they felt comfortable returning to theaters.

Alamo Drafthouse is one of many theaters trying to persuade customers to return, with the hopes that offerings like private theater rentals and drive-in movies could make up for plummeting ticket revenues. Meanwhile, a group of over 3,000 theaters that includes chains like Cinemark, Regal Entertainment, AMC, and Imax has adopted “CinemaSafe” guidelines such as limited theater capacity, mask mandates, and pivots to mobile ticketing to promote a “safe return to movie theaters.”

Alamo Drafthouse operates 41 theaters across the country, with locations from Austin, Texas, to New York City. At some of its 20 open locations (about half have temporarily closed), viewers can pay a $150 fee to rent out an entire theater. Alongside the reservation fee, customers must purchase individual tickets and buy a minimum of $150 in concessions.

Movies available for private showings at Alamo Drafthouse include new releases such as “Tenet” and the heist movie “Kajillionaire,” as well as classics like “Casablanca,” “E.T. the Extra-Terrestrial,” “The Matrix,” and “Jaws.” Come October, the cinemas will also provide Halloween favorites like “The Addams Family.”

“Our guests have been asking how their friends, family, and fellow podmates can book their own safe and relaxing screening, and we’re proud to be able to deliver this to them at such an affordable rate,” Alamo Drafthouse CEO Shelli Taylor said in a company press release.

Alamo Drafthouse is a luxury movie theater, with amenities like bars and servers who deliver food to customers’ seats. But while these features were considered amenities pre-COVID-19, they have become a source of contention. In June, some employees told Business Insider that they were uncomfortable returning to work, since they generally interact with guests who are eating and drinking and rely on a steady stream of tips for wages.

The theater chain later announced safety guidelines, which included disinfecting auditoriums, requiring masks, instituting two-seat buffers between parties, and preordering food rather than ordering from inside a theater.