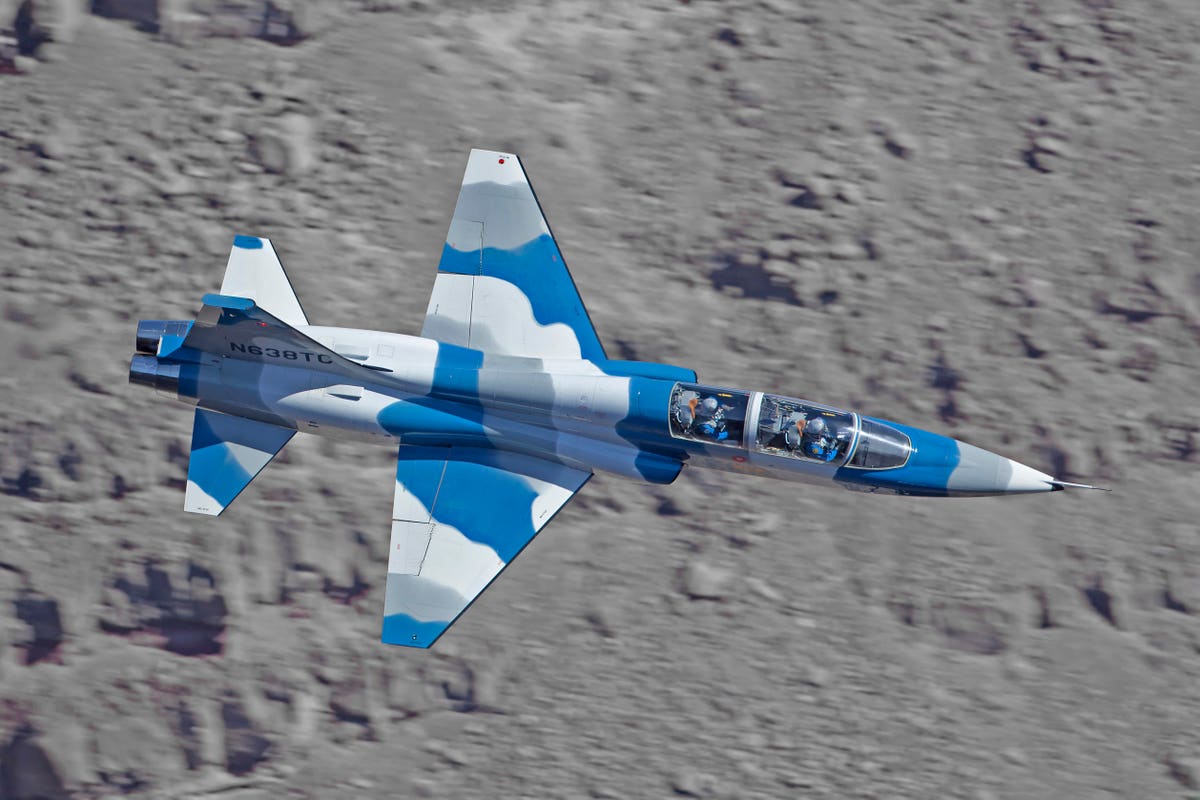 Last February, Air Force Reservists from the 14th Test Squadron, which does operational testing and evaluation of space and cyber systems, embarked on a three-week Space Test course with a view to creating a cadre of flight test personnel that can help lead the way for the recently formed Space Force.

Allen Peterson, president and CEO of NTPS (and a fixed wing/rotary wing test pilot), explained that the Air Force asked NTPS to hold one of its three-week short-course introduction to space flight testing classes for a class of 12 students from Space Command and other organizations because it didn’t have the additional capacity to offer instruction. A second class is slated to start next week.

In an Air Force press release, Major, Jason Riberdy, Space Test Flight A flight commander from the 14th TS said that, “With the possibility of Space Command going into Space Force, we’re trying to look at new ways of approaching testing, we want to incorporate other avenues in the way that testing has been done. Part of our goal was also to create a cadre of personnel that can help lead the way for Space Force.”

Located about 20 miles northwest of Edwards, NTPS is based at the Mojave Air and Space Port, a place it has called home since 1981. Civilian test pilot schools are rare and only a few are considered on par with military test pilot schools. NTPS is one of them and while most U.S. test pilots and flight test engineers attend the Air Force or Navy schools, there are notable exceptions.

While Britain’s Empire Test Pilot School (established during WWII) was the first of its kind in the world, NTPS was the first civilian test pilot school. Today, it finds itself in competition with national military schools and others which straddle the public/private sectors.

Peterson says that Empire Test Pilot School is his biggest non-governmental competitor. It’s a surprising claim for those unaware that the U.K.’s military test pilot school has for years been managed by British defense contractor, QinetiQ. The company controls major portions of the British training, test and evaluation establishment and according to Peterson, receives $100 million from the U.K. government to manage Empire and other organizations.

Empire’s quasi-private status could put it on a level playing field with NTPS but Peterson points out that it enjoys decades-old grandfathered agreements with the U.S. Naval Test Pilot School among others. Despite NTPS’ standing and domestic origins the agreements “give our competitor advantages that we don’t have,” Peterson says.

The space test flight classes for Space Command are obviously welcome business. The students in these join others from the international test community, both military and private. NTPS offers 12-month “long courses” and “short courses” lasting anywhere from a few days to six weeks for fixed and rotary wing pilots and flight test engineers.

Long course students are typically experienced pilots/engineers who want or need to become top-tier Category One experimental test pilots/flight test engineers. About 10 to 30 students a year come to NTPS for long courses. The bulk come from Europe but NTPS sees steady demand from Pacific-Rim countries and Israel. Demand from China is complicated by geopolitics and the Middle East is still a nascent environment for flight test activity outside Israel.

Nevertheless, Peterson confirms, “We’ve seen a steady increase in demand for those courses over the last two to three years from international students.”

Some 200 to 400 students attend NTPS for short courses. Demand for these has been relatively steady though NTPS’ CEO says U.S. defense budget Sequestration hurt the numbers a couple of years ago. Obviously, Covid-19 has not made 2020 a bumper year. Still, he adds that, “Many international countries and companies can’t afford the full course so they’ll send folks to us to do the short courses.”

That brings up an interesting point. Pricing for test pilot curricula is almost non-existent. Governments and militaries, including ours, don’t advertise costs and the public/private schools are similarly opaque.

But NTPS is a fully accredited school, the only flight test school, it says, to have achieved institutional accreditation like a college or university. Accredited as a graduate school by the WASC Senior College and University Commission (a US Department of Education recognized regional accreditation agency) NTPS is not only educationally vetted – it is required by law to publish pricing for its courses.

“One of the disadvantages of being accredited is that we have to publish our prices like any other university,” Peterson says. “None of our competitors publish any prices.” That potentially gives other schools a pricing, bidding advantage.

For the record, NTPS’ long course for test pilots/flight test engineers costs just under $1 million. Short courses go from $10,000 to in the “high $600,000 range” according to Peterson. Costly though they are, the courses attract a third group of students desiring fully recognized Master of Science degrees in flight testing. These may become more sought after following new requirements by the European Union Safety Agency (EASA) for certification of Category One and Category Two test pilots/engineers.

A large group of older pilots/engineers without EASA recognized certification were grandfathered-in when the agency’s rule came into force in 2014. They are now starting to retire, potentially creating a demand crunch which NTPS will be well positioned to address.

NTPS aircraft can use the same 128,000 square nautical mile R-2508 test range/airspace that airplanes/UAVs from nearby Edwards Air Force Base and the Navy’s China Lake weapons testing facility use. When flying through the ranges, they use the same sort of five-letter callsign that military aircraft use.

In NTPS’ case that callsign is “Tiger” a moniker in use since the school began. A typical day’s flights takeoff at 8:30-9:00 am and again at 10:30 to 11:00 am. Local air traffic controllers call the stream of departures the “Tiger Rush.”

The rush consists of fixed and rotary-wing aircraft from a T-38 Talon trainer and MiG-21 fighter to Bell OH-58 Kiowa Warrior and Eurocopter EC-145 helicopters, turboprop King Air and Merlin transports, and Cessna 182 and Diamond DA-42 general aviation airplanes. As with the premier military flight schools, NTPS students typically have the opportunity to fly 20 or more different single and multi-engine aircraft types.

That diversity is augmented with in-house designed and commercially acquired simulators as well as visits to other nearby simulation facilities. NTPS’ location at Mojave also puts it beside private sector test and innovation from neighbors Virgin Galactic
, Scaled Composites, Stratolaunch and others. The pilot and systems test training streams go along with a limited unmanned aircraft curriculum for which there is surprisingly less demand.

While the USAF Test Pilot School does have a complete unmanned pilot/flight engineer course, NTPS only offers portion of its long course or short courses based on the philosophy that the broader test methodology it teaches can apply to manned or unmanned systems.

An emphasis on systems-test curricula, which Peterson says NTPS was one of the first to embrace, likely helped it land the Air Force space test students. “Systems test is the preponderance of flight test activity for most of our customers,” Peterson observes.

The 14th TS matures space/cyber system designs and manages risk, tasking an eventual Space Force test and evaluation unit will be asked to focus heavily on. While NTPS doesn’t own or operate the systems that Space Force will use, its test culture and systems mentality are the elements that could underpin the efficacy of the tools the Space Force personnel will rely on.