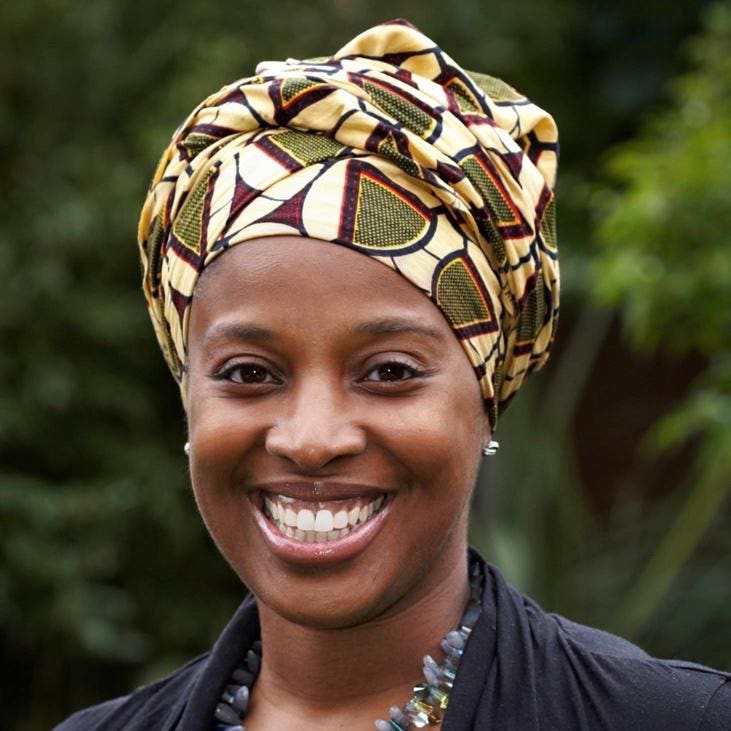 This week I am once again sharing the mic, for a deep dive into intersectionality and the importance of looking at neurodiversity through different cultural lenses. Marcia Brissett-Bailey is currently a Special Educational Needs and Disability case officer for a local authority, but for the last 15 years was a careers adviser within post sixteen and higher education. She is the cofounder of the BDA Cultural Perspective Committee, and trustee of a London based Dyslexia Association. She is passionate about championing Dyslexia awareness as well as understanding Dyslexia from a cultural perspective and is currently writing a book on the subject.

Before we dive in she would like for me to state that her views are based on her own personal experiences, and may not align with the opinions of other Black Dyslexics. She does not speak for Black Dyslexics and neurodivergents at large. However, her professional experience and training on careers, career transitions and disability issues make her a credible witness to a wide range of experiences.

Brissett Bailey speaks candidly about struggling to find community after diagnosis. For many white neurominorities this is how we find a place where we fit in and can take pride in our identities. Sadly, this is not true for all.

“When I was first diagnosed with Dyslexia at the age of 16, I reached out to the established Dyslexic world to seek support and find a network. I wanted to meet other Dyslexics like me. But I never felt like I fitted in. I ended up feeling that the organizations were very much white middle class and in the wider context hijacked by the elitist white male. In more rare instances, they were hijacked by white women also. I felt isolated as I could not relate to the existing organizations and they did not relate to me and my experiences, or the barriers to learning and support I was experiencing. Over the years I’ve learnt to tap into my creativity and use my people skills, to connect with the Dyslexia community and find my voice.”

Part of the problem, she goes on to say, is that the conversation is being dominated by a singular perspective.

“If we were to look at this more closely, at those who specialize in Dyslexia, or who tell their lived stories and dominate our view of Dyslexia (perhaps by looking at publications and social media posts from the mainstream Dyslexic and neurodiversity organizations) we would see that they have a very euro-centric perspective on Dyslexia. This is further apparent when you look at the boards of trustees of these organizations who is frequently selected for their expertise, but lack diversity knowledge, or understanding of cultural, environmental and social barriers facing minority communities. Most of all they lack the lived experience of Dyslexic people from minority communities.”

It is apparent that the neurodiversity community as a whole could do with reflecting honestly on why we have allowed the conversation to remain so white and male dominated for so long? In the current climate of openness and a willingness to talk about racial equity we need to be leaning in to this discomfort and taking direct action when it comes to giving a seat at the table to the many Black voices that we have been speaking over.

Brissett-Bailey explains that these additional barriers are even more apparent when we look at the narrative surrounding successful Dyslexics, where we focus on white businessmen. The lack of representation is erasing the successes of Black Dyslexics thereby narrowing their chances of success even further.

Dyslexia is a proven champion in the business world. People like Henry Ford and the Wright Brothers (founder of the Ford Motor Company
and Aircraft Designers respectively), through to modern day founders of innovation like Steve Jobs (Apple
) and Richard Branson (Virgin) are widely known for their business prowess and their dyslexia. However, Black Dyslexics are under-represented and not included in the business and corporate world. From a cultural perspective this is more complex than just a racial issue, it is an intersectional issue.”

Dyslexia is a hidden disability and can make job interviews difficult, this difficulty is compounded as employers often make further assumptions about Black Dyslexic people. I’ve said before: “Disability inclusion is a moral, social and economic imperative. We all lose when human potential is squandered”. A cultural perspective on Dyslexia is imperative if equity and true social justice is to be achieved. Brissett-Bailey goes on to comment:

“Overlooking Black Dyslexic talent in my view has the potential to create a great disservice to progress and innovation. I have found that, not just Black Dyslexics, but Dyslexics in general will find it more difficult to work successfully within ‘traditional’ corporate and business environments, having a tendency (especially Black men in my experience) to start their own successful businesses. This means that corporate and established businesses are losing out on this talent”.

Brissett-Bailey discusses why she believes that Dyslexia is the future for business success and why we should address the lack of inclusion so as to capture everything that this talent pool has to offer.

“It seems that disruption of the norm in business is the future, and Dyslexia evidently does this very well. Jeff Bezos, currently the richest man in the world, demonstrates creativity and disruption eloquently with his Amazon
brand. He encourages innovation within his business model, irrespective of the level of his employees, and this produces results. This in my view is why the Black Dyslexic community needs to be better represented in business and innovation”.

She makes an excellent point here that we recognize the need for difference of thought but how can we possibly capture that without different people who have had different experiences? In interviewing over forty Black Dyslexics for her upcoming book, Brisset-Bailey has noted a theme of later diagnosis and higher levels of unemployment that white counterparts. Broad representation is a clear solution, to help us identify and support Black Dyslexics earlier in careers, before people lose faith and ambition. She continues:

“In recent times the deaths of Breonna Taylor, George Floyd and the shooting of Jacob Black in America has had a global impact in driving the Black Lives Matter Campaign. This has led many people and businesses to question their understanding of systemic racism. Businesses such as Netflix
and Nike
have donated funds to increase equality after acknowledging they can do more… A fellow Dyslexic, Octavia Spencer, is urging Hollywood to make casting people with disabilities a priority. In U.K. we have had Black British celebrities on Chanel 4’s The Talk talking openly about their experience of racism. This increased visibility is important.

The perceived lack of diverse contribution, with visible role models being virtually non-existent, results in inequality of diagnosis and support as well as and an absence of stories that highlight the challenges, progress, successes and contributions of Black Dyslexics. This feels very much like a crime of discrimination and unconscious bias. The narrative and the storytellers need to change so that we can create a collaborative, supportive and transparent approach to working together.”