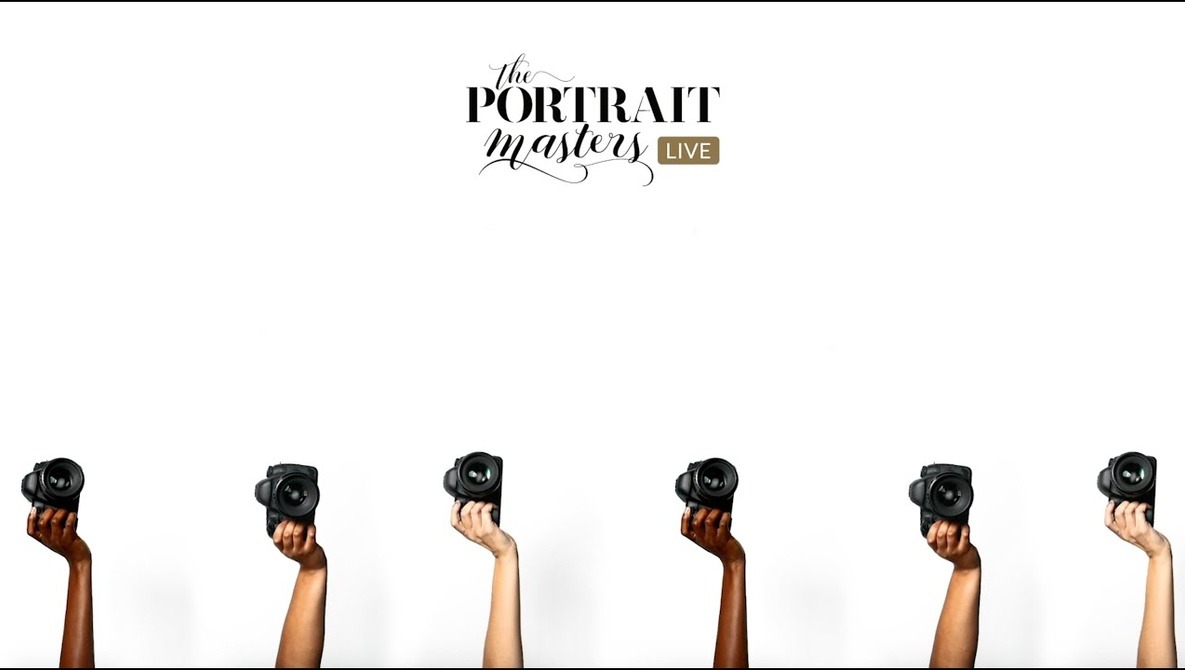 It’s no secret that 2020 has thrown the world a few curveballs. But while the majority of events are either canceling or postponing, Sue Bryce and her team have hit the ground running in order to keep the Portrait Masters Conference alive and well.

Last year, I was lucky enough to be able to attend the Portrait Masters Conference in person. It was unlike any other conference I have been to. So, when the fate of 2020 events was sealed, I assumed that the hope for Portrait Masters was a lost cause. The amount of planning and organization required to put on an event such as this is a full-time job itself. Now, throw is the task of reworking the entire setup to be virtual, and things get out of hand. Through this process, Sue and her team met with a handful of companies to see demonstrations of the various offerings in the virtual trade show industry and were left underwhelmed. So, at the end of the day, they decided to cut their own road with their own ideas and offerings. In my chat with George Varanakis, he talks about some of these logistics and what they had to work through in order to make all the pieces to this puzzle fit together.

Because the majority of these virtual conferences are doing some type of webcam conference, they wanted to make the experience for students a higher level. They wanted to give people more than what was expected. So, George talks about their decision to pre-record the majority of the content. This allowed them to have a higher production value while at the same time maintaining a safe recording environment for everyone involved, because it didn’t require a team of people to produce. They were also able to include things that would be more difficult to do with a full live event.

One of the aspects of this conference that I am most excited to see is the shootouts. They partnered with Sony, Canon, and Profoto to create three separate groups of four photographers to do a shootout together over the three days of the conference. So, on day one, you get to see all the chosen Canon photographers do this shootout together. The next day is Sony, and then, they cap off the event with the Profoto team. But the best part is that each individual shootout took place in the same location, with the same gear available, the same model, and with a time limit of just 30 minutes. In my chat with Lara Jade, she explains that the task is for each photographer to put their own flavor into the situation. To show that given the same exact options, each person has their own style and way of tackling an environment.

Circling back to my experience with the in-person experience of Portrait Masters, one of my favorite parts was centered around the community itself. Sue and her team have done an amazing job of establishing an intimate feeling even though there are hundreds of people attending this event. This ability to sit at a table and meet and talk with other attendees was a big part of the experience. So, in order to keep this alive, there is going to be a set of online meeting spaces where attendees can virtually hang out with each other as well as with some of the speakers. If you have a question about lighting, they will have a room for you to get your answers. If you want to chat about posing, there will be a space for that too. And even if you just want to sit around and mingle over drinks, they have you covered.

Outside of the shootouts and hangouts, you can of course expect to see amazing keynote presentations from some of the biggest names in the industry. People like Mark Seliger, Tabatha Coffy, Trista Nicole Smith, and of course, Sue Bryce herself. There is also an extensive list of the other 20+ speakers you can expect to see on the Portrait Master Live website. And because the event is pre-recorded and virtual, you’ll be able to rewatch any of the classes you missed or need to see again for either 30 days or forever depending on the option you sign up for. But for me, even though I’ll definitely be tuning into the big name people, I’m especially excited for the up-and-coming speakers. You see, Sue has built a reputation for bringing in people that are eager to get their foot in the door but may not necessarily have had the chance yet. Last year, for example, they brought in Dayron Vera, who ended up being one of my favorite presentations. This year, Sue has lined up three of these speakers: Kesha Lambert, Karl Ferguson, and Jai Mayhew.

While Kesha Lambert may not be that new of an up and comer (since she was just named a Sony Artisan), this was still her first time getting involved with Portrait Masters. In a recent chat I had with her, she told me that her talk is about writing a letter to 2010 Kesha. A way of exploring the idea of giving herself advice knowing what 10 years of work would bring her, which I think is a great way to give advice to the photographers that find themselves on a similar path.

Keeping in line with this idea of bringing in new speakers and giving people the ability to teach and present, Sue is giving her keynote on speaking. In a recent chat with her, she explains that it’s time for people to start being a voice. And she explains that this talk is not just for those that are seeking the big stage. But instead, it’s for every business owner that desires to be heard. She wants to give people the confidence to speak to potential clients and become the face and voice of their brand, to build a community around what you do and empower those you serve.

While the idea of taking a live conference and turning it virtual seems like no ordinary task, it seems that The Portrait Masters crew has a solid plan. On one side, they could have done the standard low-quality webcam chat with lots of interaction, or on the other hand, they could have done the full-blown high-end production of an online tutorial but with no interaction of sense of community. Instead, they have found a nice middle ground that lets them have the high-end production while still giving the attendees the ability to interact with each other and experience what Portrait Masters is all about, all while offering brand new experiences, such as the shootouts.

If you are interested in becoming an attendee, it will be held September 21-23, and you can use code TPMLIVE25 at checkout for $25 off either of the two options.