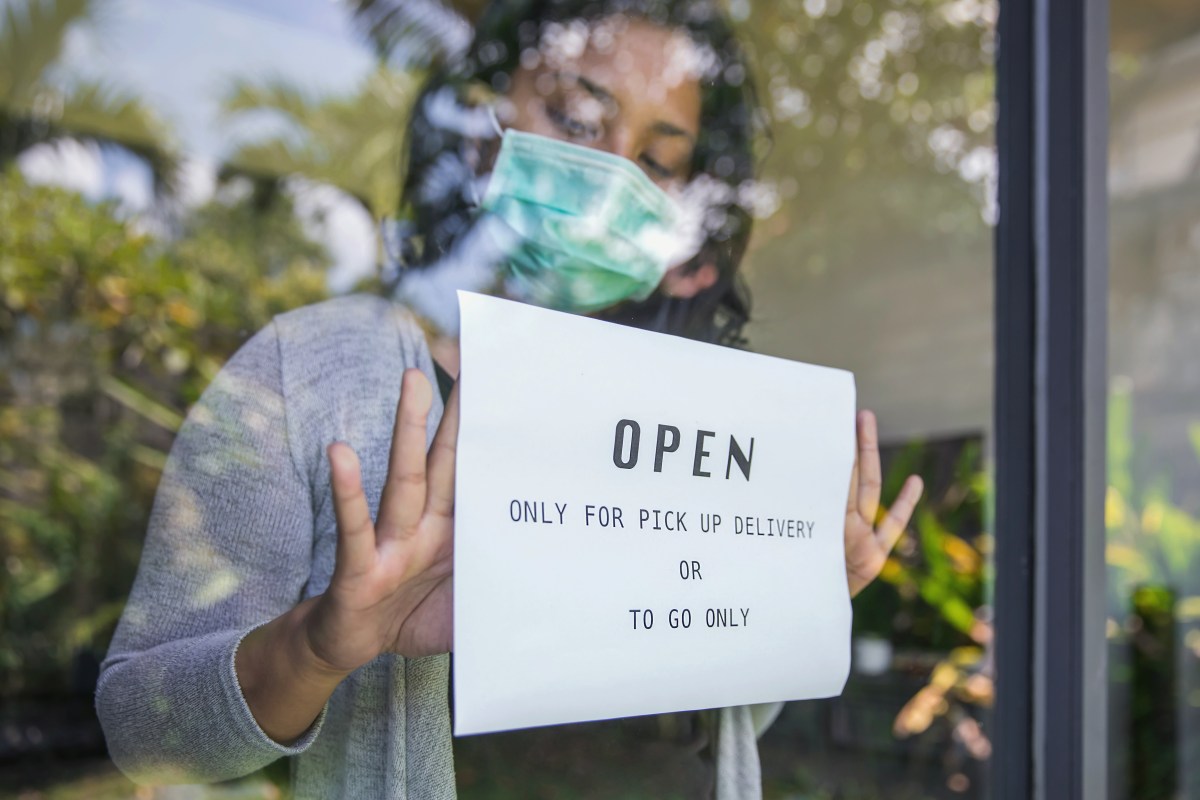 Rude: Yeah, so obviously, everyone knows street food. And that has existed in the United States for centuries. The concept of takeaway as sort of a separate thing. In the 17th century, a choice few number of hotels would offer takeaway meals to people who would send their servants to pick them up. So it was accessible to the rich at first.

Ryssdal: And then when does delivery become a thing as opposed to you know, going to pick it up and taking it someplace?

Rude: So delivery is a little different because it requires more labor. And so it’s only until in the 20th century that all of a sudden you get an emerging middle class with more money to spend and interested in more leisure activities. And that includes eating out at restaurants or getting that same high-quality food at their own home. The earliest known record that we have — I mean, obviously, as a historian, it’s not the best to say earliest, but there’s an advertisement in the Los Angeles newspaper in 1922 from a place called Kin-Chu cafe in LA. And they advertise that they were the only place on the West Coast making and delivering real Chinese food. And you could call some man named Douglas, anytime between 11 a.m. and 1 a.m. And he would bring you Chinese food.

Ryssdal: OK get anecdotal for me here for a minute. So So it used to be before you could pull up these menus on your phones that people had. I mean, we certainly had takeout menu stuffed in a drawer in the kitchen. What did early takeout menus look like? Right? I mean, the must have been fairly rudimentary.

Rude: Yeah. Well, it’s very interesting because there aren’t really takeout menus until probably the ’50s to the ’60s. So what my guess is that people would either be familiar with the restaurant menu or they would they would call Douglas, and Douglas would tell them what’s going on today. Because it wasn’t it wasn’t standard restaurants didn’t make the bread and butter off of delivery food until much later.

Ryssdal: A lot of us now simply can’t go out to our favorite places, right? Because we don’t feel safe because the government won’t move indoor dining outdoors in any measure, right. So we are doing more takeout, but this is not the first time that people or a group of people have been excluded from restaurants, right, either gender or certainly in race in this economy.

Rude: Oh, no. I mean, if you go back to the earliest history of restaurants basically was only white men of a certain income bracket. It’s quite interesting. If you read articles from even The New York Times, they’re so amazed. They have one that is ridiculous that a woman went out to lunch and knew how to order off of a menu. And it was so significant that it made The New York Times.

Ryssdal: That that she that she was able to order by herself? Was that the thing?

Rude: Yeah, they wrote a whole article about how well this woman could order off of a lunch menu. I mean, maybe there was some satire to it, I wasn’t around when it was written, but these were very much establishments for only a certain number of people. So women were excluded for a very long time. And basically, if you were a racial minority, the most egregious, obviously, is segregation, and Jim Crow. So if you were Black in America, and you were traveling, you were away from home, or if you wanted to eat out at a restaurant, most of them wouldn’t serve you. So takeaway was the only option for a large number of Americans.

As a nonprofit news organization, our future depends on listeners like you who believe in the power of public service journalism.

Your investment in Marketplace helps us remain paywall-free and ensures everyone has access to trustworthy, unbiased news and information, regardless of their ability to pay.

Donate today — in any amount — to become a Marketplace Investor. Now more than ever, your commitment makes a difference.