Seven cheap restaurant stocks to buy for a recovery

Although some restaurant stocks like Domino’s Pizza (ticker: DPZ) have had a good run during the pandemic, many others haven’t fared as well. This may be an opportunity for investors. Here’s a look at seven cheap restaurant stocks that have gotten beaten down but look like they can weather the rest of the pandemic — and end up rewarding investors willing to take the risk. In this list, you’ll find that the multibrand restaurant companies have performed better than those who own just one name. That said, these stocks are all in negative territory for the year, and an economic recovery that includes a vaccine could potentially boost all these names substantially.

At the moment, Dave & Buster’s “looks like a pretty inexpensive stock,” says Jefferies analyst Andy Barish. He expects some sort of recovery next year, but not back to 2019 levels. After closing all of its locations temporarily because of the pandemic, the company had reopened 89 sites as of Sept. 9 — but all of them were operating under reduced hours and capacity limitations as dictated by each locality, new seating and game configurations to promote social distancing, a temporarily condensed food and beverage menu and extensive cleaning and sanitation procedures. Dave & Buster’s is one of those companies that should spring back to life once a vaccine is developed and the economy is more solid in 2021, says TG Watkins, director of stocks with Simpler Trading. The stock was down more than 54% year to date through mid-September.

High-end steakhouses like Ruth’s Chris may not often make the top of people’s lists for to-go orders, and during tough economic times, many people might choose not to splurge on expensive dining. In the month-to-date through July 28, comparable sales at company-owned restaurants were down 47% year over year. The company’s shares were down nearly 43% year to date through Sept. 16. Still, as a market-leading brand in the high-end fine dining category, Ruth’s is a better capitalized chain than many private enterprises. As some of them shut down, Ruth’s stands to grow its market share over time, Barish says. “As we work into 2021, there will be a reduction in the number of competitive concepts out there,” he adds.

Watkins uses Denny’s as an example of an investment case where a stock wouldn’t have to skyrocket past pre-pandemic levels to have the potential to make investors money. The stock was trading around $21 before the pandemic. At the Sept. 16 closing price around $11, even just getting back to those levels would be nearly a 100% gain. The company’s recovery is highly dependent on local restaurant dining room regulations, which are in turn tied to the number of virus cases. In its latest report, for the quarter ended June 24, Denny’s said domestic systemwide, same-store sales were down sharply against the comparable period the previous year. Although those same-store sales were negative, the rate of decline slowed in most of the weeks of the quarter. But preliminary results showed that within fiscal July, the weekly rate of decline crept back up as various states reinstated dining room closures.

Charles Lieberman, chief investment officer at Advisors Capital Management, thinks the owner of the Olive Garden and LongHorn Steakhouse brands will survive the pandemic and end up with less competition. While there is a risk that there will another spike in cases this fall, he thinks that six months from now there will be at least one vaccine out. “Once we have a vaccine, all of these restaurants will be priced higher,” he says. Even though casual dining has been hit hard, Darden has done a good job with the takeout side of its business, says Morningstar analyst R.J. Hottovy. And the company’s restaurants are affordable even with the economic downturn, he adds. Darden’s stock was down nearly 14% year to date through Sept. 16.

Like Darden, Bloomin’ has multiple brands. Owning the Bonefish Grill, Outback Steakhouse and Carrabba’s Italian Grill brands cushions this restaurant stock more than single-brand restaurant companies in case one brand struggles, Watkins says. Still, the company’s shares were down more than 25% year to date through Sept. 16. During the second quarter, the company’s revenue dropped by more than 43%. But BLMN has been able to keep substantially all of its locations open because of rapid growth in off-premises sales. “The investments made over the past several years to enhance the customer experience and rapidly pursue the emerging delivery opportunity have been critical to our success in navigating this pandemic,” CEO David Deno said in a press release in July. “At the onset of this pandemic in March, we were able to quickly pivot to an off-premises-only business model as dining rooms were forced to close.”

Shares of Restaurant Brands International — which owns the Burger King, Tim Hortons and Popeyes Louisiana Kitchen brands — were down more than 11% year to date through Sept. 16. The company has been trying to turn around the struggling Tim Hortons brand even before the pandemic. But its Popeyes brand has been a breakout story in the restaurant industry and has international growth potential, Hottovy says. He says the company has been bringing in more aggressive franchisees for Burger King who will open more restaurants or refurbish existing ones. It’s notable that during the second quarter, while comparable sales at Tim Hortons and Burger King were down 29.3% and 13.4%, respectively, comparable sales for Popeye’s were up nearly 25%.

Yum Brands — which owns household brands Kentucky Fried Chicken, Pizza Hut and Taco Bell — is the best-performing stock in this group. But it’s still down nearly 6% year to date through Sept. 16, potentially offering a bargain for patient investors. NPC International, the largest Pizza Hut franchisee, declared bankruptcy earlier this summer. But that business was struggling even before the pandemic, Hottovy says, and he thinks Yum! can come out stronger on the other side by putting Pizza Huts in stronger franchisee hands or doing away with weaker-performing locations. Meanwhile, Taco Bell has been ramping up and has global growth potential, while KFC has done well by positioning itself as a good-value family restaurant, he says.

The best cheap restaurant stocks to buy for a recovery: 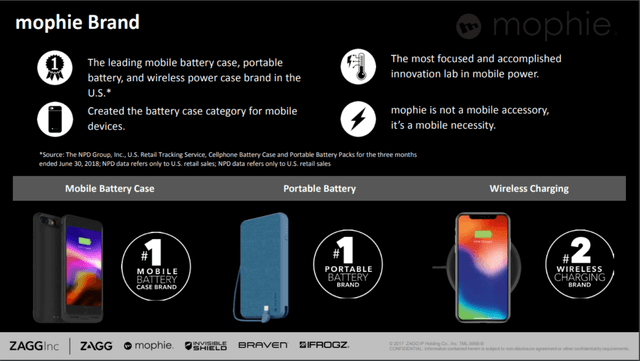