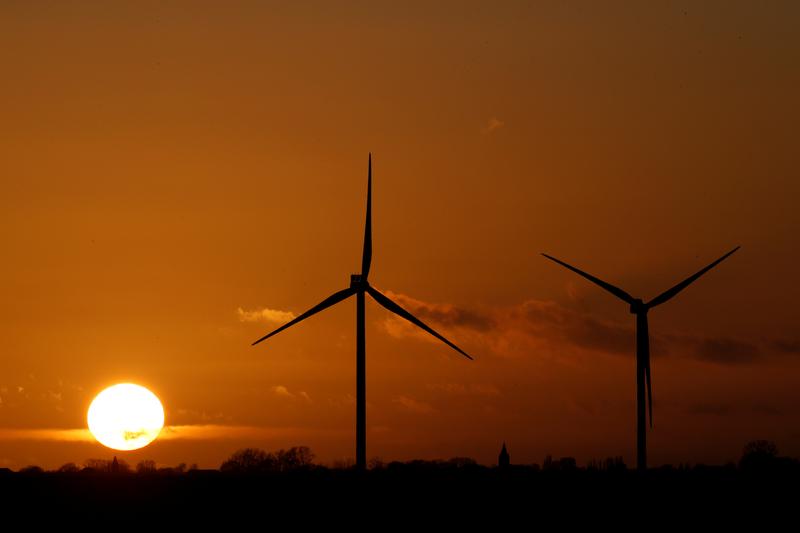 LONDON (Reuters) – Executives from 30 of Europe’s leading companies backed the EU’s Green Deal on Wednesday and pledged to overhaul their businesses to help the bloc achieve climate-neutrality by 2050.

The commitment, from companies including Deutsche Bank, Axa, Snam and Royal DSM, came ahead of European Commission President Ursula von der Leyen’s State of the Union address in Brussels.

The European Green Deal forms a key plank of von der Leyen’s plan for the EU to both recover from the economic ravages of the COVID-19 pandemic and meet the goals of the Paris climate agreement, which aims to limit global warming.

The company leaders are all part of a CEO Action Group for the European Green Deal, launched last year in cooperation with the World Economic Forum and the Commission with the aim of mobilising business to contribute to the political effort.

In a statement, the group laid out its initial plan for businesses to help ensure the COVID-19 recovery plan reset the bloc’s economic growth model with a focus on the circular economy, which embraces recyling and reusing, as well as renewable energy and low-carbon industries.

“We have to take more and faster action with more emphasis on sustainability and circularity. The European Green Deal presents an opportunity to do just this. It requires a strong partnership between business, politics and society,” said the co-chairs of the group, Axa CEO Thomas Buberl and Feike Sybesma, honorary chairman of Royal DSM.

The leaders laid out a number of steps, including “embracing new production and work models” and backed “clear, time-bound and measurable targets” for any companies receiving COVID-19 bailout money.

A key part of that would entail making sure each company’s business model was in line with the plan, providing training and education to help people prosper in the new economy and disclosing meaningful data to help chart their progress.

The next step for the group, whose members employ around three million people and account for around 850 billion euros in revenues, will be to agree concrete actions by topic that the companies will commit to and report on.