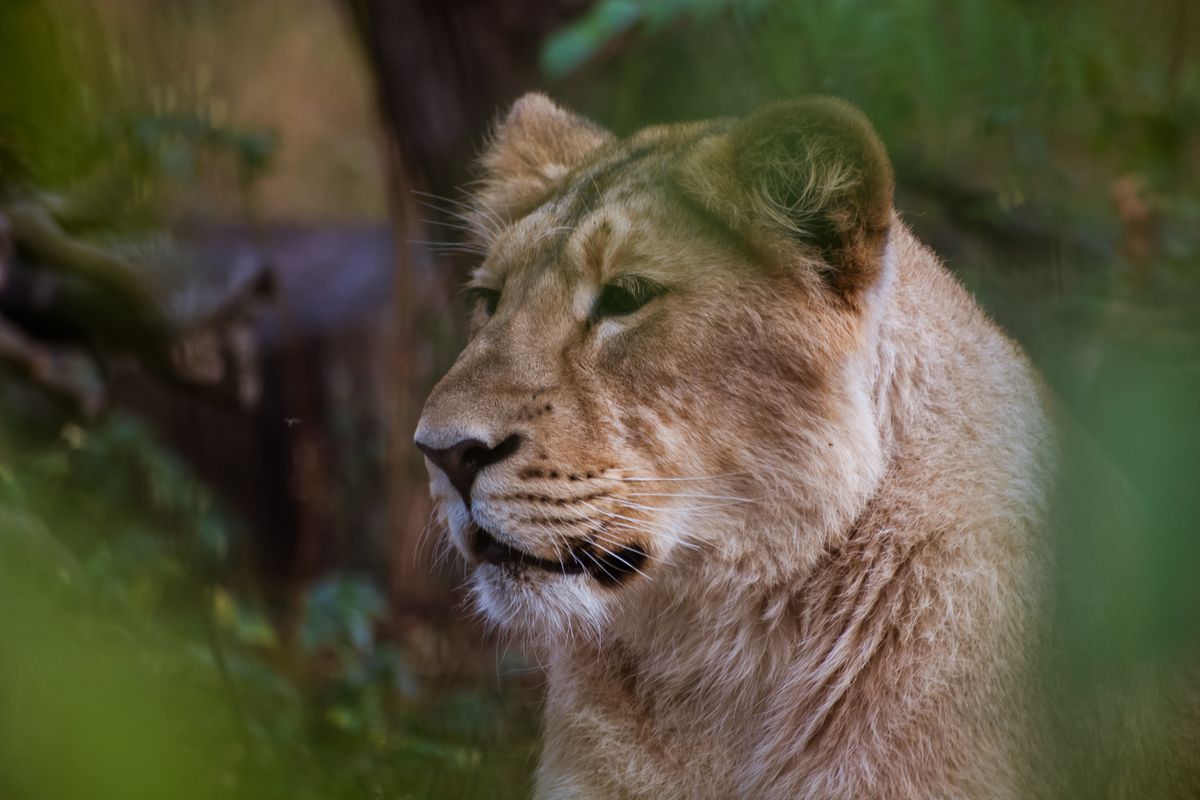 Lions have lived in Anchorage as business attractions and pets over the years. Here’s how that worked out.

Part of a continuing weekly series on local history by local historian David Reamer. Have a question about Anchorage history or an idea for a future article? Go to the form at the bottom of this story.

There have been at least four privately owned lions in Anchorage history, and since there have been at least four, it is impossible to absolutely state there have not been more. Once a certain far north population has proven capable of importing four lions, it is within the realm of possibility that some other mad Alaskan hid a lion inside a basement, Quonset hut, or some other hidey-hole. In related history, there have also been multiple lion-related lawsuits in Anchorage.

The first privately owned lion in Anchorage was a lioness named Gil. For a couple of years in the late 1950s, Army Staff Sergeant Glenn Diel and his wife kept Gil chained in