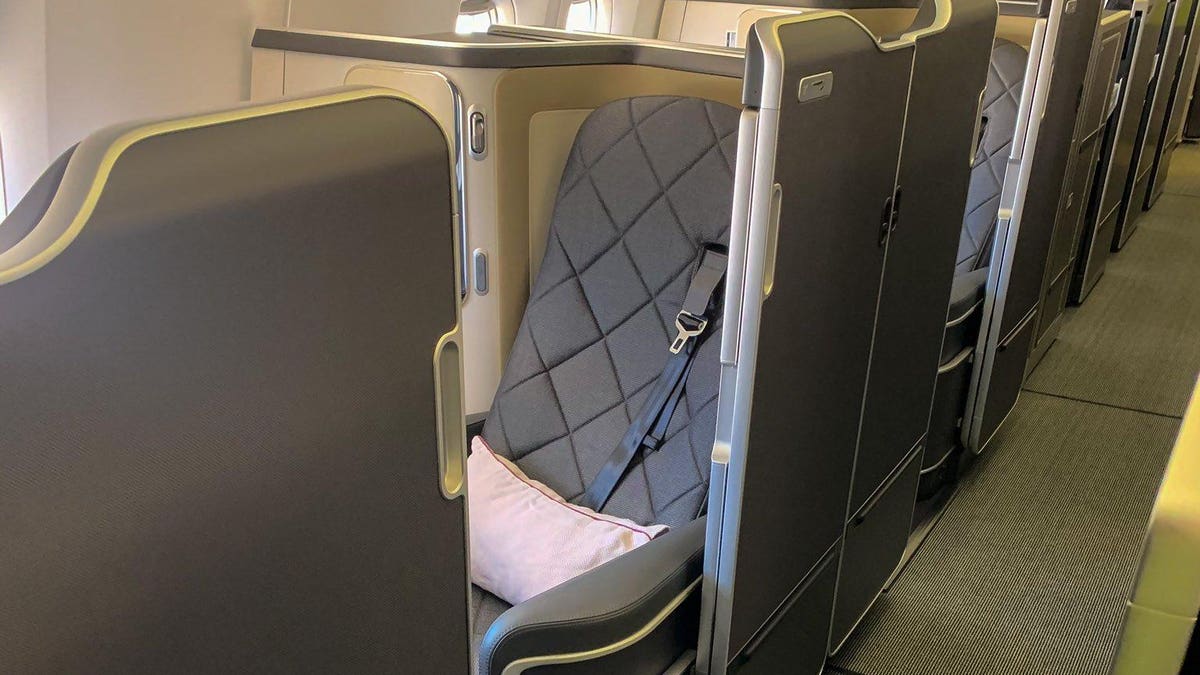 There’s not much good news coming out of the airline industry these days. Many carriers have grounded large portions of their fleets, slashed flight schedules in response to travel restrictions and border closures, and even put up their frequent-flier programs as collateral for loans and bailouts. But at least one bright spot landed at London Heathrow Airport earlier this week in the form of a gleaming new first-class suite with closing doors aboard British Airways’ most recently delivered Boeing 777-300ER aircraft.

Last year, the airline began a much-needed update of its business-class cabins, starting with the Airbus A350-1000s joining its fleet, and followed by a refurbishment of some Boeing 777s, then the delivery of its first Boeing 787-10s earlier this year. Taking a cue from newer suite-style layouts with closing doors that can be found aboard competitors like