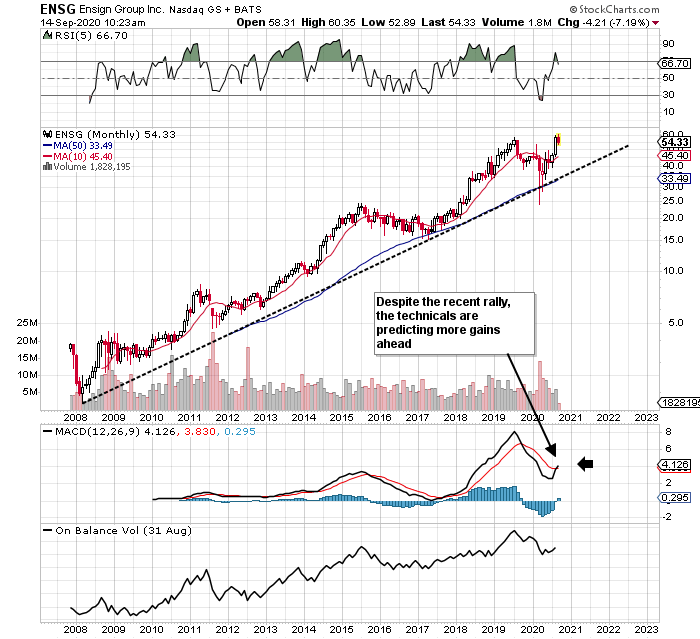 Ensign Group: Gains May Be Only Starting (NASDAQ:ENSG)

We wrote about the Ensign Group (NASDAQ:ENSG) last October and stated that the firm was in need of a catalyst in order to negate the bearish technicals we were seeing on the technical chart. Fast forward 11 months and shares are up almost 37% since we penned that piece. In fact, the bearish long-term technical indicator which we observed at the time (crossover on the MACD indicator) actually played itself out due to how equities fell aggressively across the board at the start of the year. The downturn was short-lived though, as shares managed to take out their 2019 highs just this past month.

This performance is something in itself as the majority of stocks remain well down from their pre-pandemic levels. In fact, as we will see when we get into Ensign’s financials, the pandemic actually aided this company’s financials which resulted in shares breaking out to new highs.