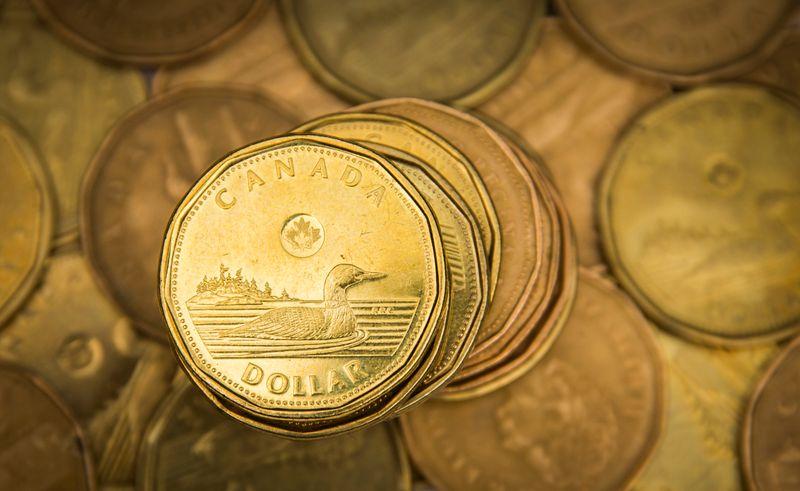 Canadian dollar climbs to near one-week high on dovish Fed

TORONTO (Reuters) – The Canadian dollar rose to its strongest level in nearly one week against the greenback on Wednesday, before giving up some of its gains, bolstered by higher oil prices and the Federal Reserve’s promise to keep interest rates pinned near zero.

The Fed released new economic projections which showed interest rates on hold through at least 2023, with inflation never breaching 2% over that time.

The price of oil, one of Canada’s major exports, jumped following a drawdown in U.S. crude and gasoline

Japanese yen banknotes of various denominations are arranged for a photograph in Tokyo, Japan, on July 22, 2015.

The Japanese yen inched higher on Wednesday as traders bet an ultra-accommodative U.S. Federal Reserve would weigh on the U.S. dollar, while the Chinese yuan extended gains one day after data pointed to better prospects for the world’s No. 2 economy.

The Fed is due to make its first policy statement since adopting a more tolerant approach to inflation later on Wednesday.

Traders bought yen on the belief the U.S. central bank may promise further stimulus, which would likely weaken the U.S. dollar and push Treasury yields lower. The Fed is not expected to move on rates but adjustments to bond purchases are possible.

The yen touched a two-week high of 105.25 per dollar, but investors reduced dollar shorts, or bets that the dollar would