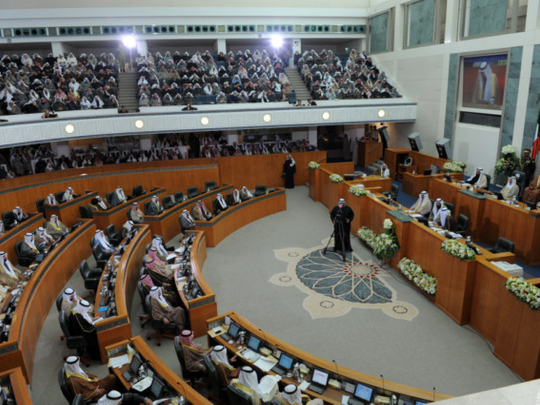 Out of the 41 members present, 29 approved the proposal which discusses controlling the employment rates and dividing them in a way that does not have a negative impact on the economy, the social make up and the service industry.

The proposal, which was drafted by the Human Resource Committee and prepared based on the demographics statistics, was presented on the floor of the National Assembly on Tuesday for discussion.

The Minister of Social and Economic Affairs, Maryam Al Aqeel, said, “the demographic file is very important and the government has comments on the report that was drafted by the Human Resources Committee.”

She added, “the government considers not to vote on the law until the comments are agreed upon.”