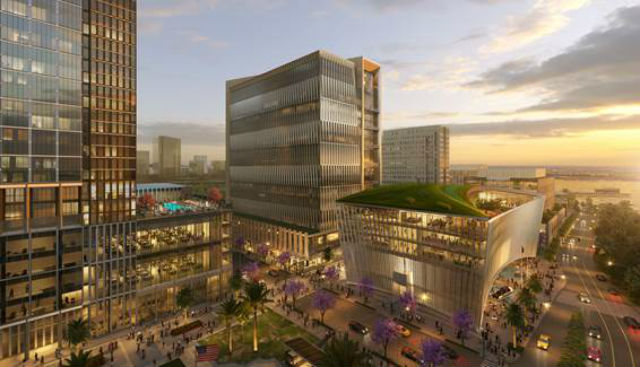 Local real estate commercial developer Doug Manchester struggled for at least 15 years to build his long-cherished Pacific Gateway Project on a dozen blocks along the city’s central waterfront at the foot of Broadway. He suffered a major setback when the Great Recession of 2009 rolled over the region like a tsunami, and as a result, was able to bring little of his overall dream to fruition. The exception being the recent completion of the 17-story, 373,000-square-foot new headquarters high-rise for the Navy.

But in a surprise announcement this weekend, Manchester revealed he has sold off five of the remaining seven blocks of his ownership to IQHQ, a new San Diego area developer that is focusing on life science projects. And IQHQ