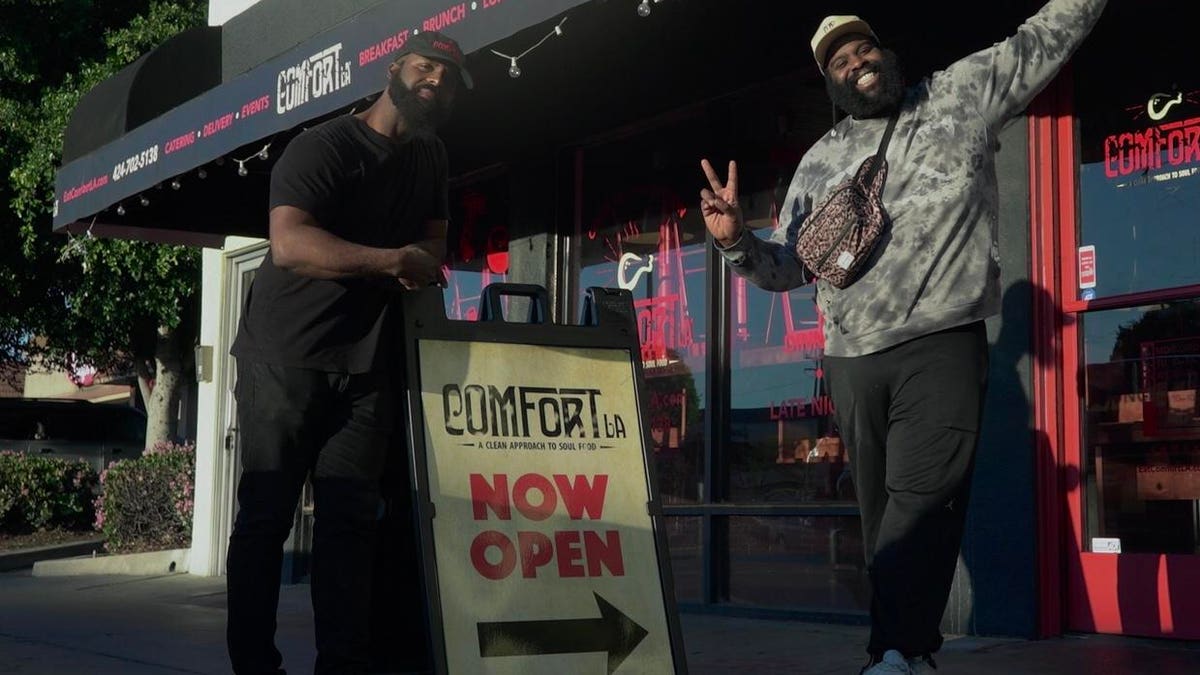 Supporting Black-Owned Businesses Should Be More Than Just A Trend

Since May, the Black Lives Matter protests have sparked national discussions on racial justice and caused people across the U.S. to become more aware of the importance of supporting Black-owned businesses.

A recent report from Yelp showed that from May 25 to July 10, there was a 7,043% increase in searches for Black-owned businesses on its platform when compared to the same time period last year—from approximately 35,000 to more than 2,500,000.

How has interest in Black-owned businesses fared since July? A look at Google Trends, which tracks the interest over time for search terms on Google, offers some insight.

According to a 12-month graph from Google Trends for the U.S., the search term “Black owned” reached a value of 100 (the peak popularity for a term) during the May 31 to June 6, 2020 period. Since then, the interest over time for the search term has largely been on a downward trend, with a few spikes in June and July.

For the August 30 to September 5, 2020 period, “Black owned” has a value of 15, indicating a lower level of interest in the search term relative to its peak popularity. This suggests that since June, people in the U.S. have been using the term “Black owned” significantly less when searching on Google.

The data trend might be a reflection of reality. Mark Walker is used to seeing support for Black-owned businesses pick up during special occasions or when awareness is high and then drop when it’s no longer trendy. Walker is a business strategist with over 20 years of experience across various sectors. He co-founded Comfort LA, a restaurant offering a clean approach to soul food in Los Angeles, with Jeremy McBride in 2015.

When it comes to Comfort LA, Walker says he has seen a lot of companies and organizations contact the restaurant for events and catering during Black History Month. Once March comes along, however, bookings decrease significantly. It has become a pattern he sees every year.

While Walker is thankful for the increased business at Comfort LA every February, he actively reminds these groups that the restaurant is available all year, not just during Black History Month.

“You eat every day throughout the year. Why only support during Black History Month?” Walker asks. He wants to challenge customers to be conscious that truly supporting Black-owned businesses means more than showing up during certain times of the year like Black History Month, Blackout Days and Juneteenth.

Larry Morrow has seen a similar pattern among patrons at his New Orleans restaurant, Morrow’s. Morrow is an entrepreneur and restaurateur who has been producing events since he was 20 years old. Since starting Morrow’s in 2018 with his mother Lenora Chong, he has observed an influx of customers at the restaurant during Black History Month or on a day designated to support Black-owned businesses.

Like Walker, Morrow is grateful for the increase in visits on special days but sees a need for more consistent business for Morrow’s and other Black-owned businesses throughout the year.

“It needs to become less of a trend and more of a movement to where people are constantly supporting and bridging that wealth gap,” Morrow says. “If we offer that same support daily, I think that the economic cycle could constantly be something within the Black community.”

The racial wealth gap is an issue that has persisted from generation to generation in the U.S. The Economic Policy Institute stated in 2017 that average wealth for white families was seven times higher than average wealth for Black families. The median wealth, or wealth in the family in the exact middle of the overall distribution, of white families was 12 times higher than that of Black families.

EPI also found that more than one in four Black households have zero or negative net worth; whereas, less than one in ten white families lack wealth. This disparity has remained the same even when accounting for age, household structure, education level, income or occupation.

This wealth gap affects Black entrepreneurs because it contributes to challenges in financing their businesses. A 2020 Guidant Financial report showed that cash is the most popular small business financing method among Black business owners, with 44% of survey respondents indicating that they use cash to fully or partially finance their business. Raising funds through family and friends and opening a line of credit are the second and third most popular methods, respectively.

But due to the wealth gap, there is less access to capital and cash flow for Black people, contributing to a nine percentage point difference in profitability between African American small businesses (69%) and the average small business (78%).

Research shows that racial disparity exists when applying for credit as well. A Federal Reserve Bank report in 2017 indicated that Black-owned businesses apply for credit at a rate that is ten percentage points higher than the rate for white-owned businesses, and yet their approval rates are 19 percentage points lower. This means Black business owners are more likely to encounter financial hurdles and have a harder time obtaining credit in comparison to white business owners.

Just as the Black Lives Matter demonstrations are still continuing, the need to support Black-owned businesses is ongoing. Because of the financial setbacks many Black communities face, Walker feels that if customers were to make his restaurant and other Black-owned businesses a part of their daily habits, it would “change the narrative” and allow these businesses to grow.

According to the Comfort LA co-founder, with regular support comes viability for the business, which in turns allows that business to move into more prominent neighborhoods with increased accessibility to more customers.

“Ultimately it starts with access to capital,” Walker says. “If you don’t have the capital, you can’t move to certain areas.”

How can people support Black-owned businesses throughout the year?

For Comfort LA, Walker encourages guests to add it to their list (whether it’s on apps such as Yelp or a mental one) and support the restaurant at least once or twice a week. “If you like what we’re providing, add us to one of your favorite spots that you come out [to] weekly,” he asks customers.

To support Black-owned businesses more consistently, consider fitting the ones you like into your weekly routine and using their products, services or venues for events such as weddings, parties and community gatherings throughout the year.

Tell people about them.

“If you enjoy it, tell a friend,” Walker says. From his experience, word-of-mouth recommendations bring more validity to a business than any advertisement it could place.

Walker also stresses the importance of informing your company about a Black-owned business you like and asking for it to be placed on the corporate vendor list. This opens doors for the business to be highlighted to your coworkers. If it’s a restaurant or food business, it can become a candidate for catering corporate events and meetings.

When you follow a business on social media, you’re reminded of them whenever their posts pop up on your feed. “You’re seeing what they’re doing and you become a part of that community, part of that family,” Walker says. And posting about Black-owned businesses you like raises their profile and spreads the word about them to people they might not otherwise reach.

Writing reviews for a Black-owned business on platforms such as Yelp and Google is important because these reviews bring in “direct traffic to that business,” Morrow says.

But if you have an unsatisfactory experience or see something that could be improved, he recommends not jumping to negative judgments and writing bad reviews online. Those who want to be supportive and uplift the community should instead leave a note for the business during their visit or write a constructive review with suggestions.

Something Morrow would say to customers who want to support Black-owned businesses is this: “Support isn’t free and free isn’t support.” He has seen people say they’re supporting a business but also expect some sort of freebie or perk for doing so.

“A person should never ask for a discount when their overall goal is to support,” Morrow says.