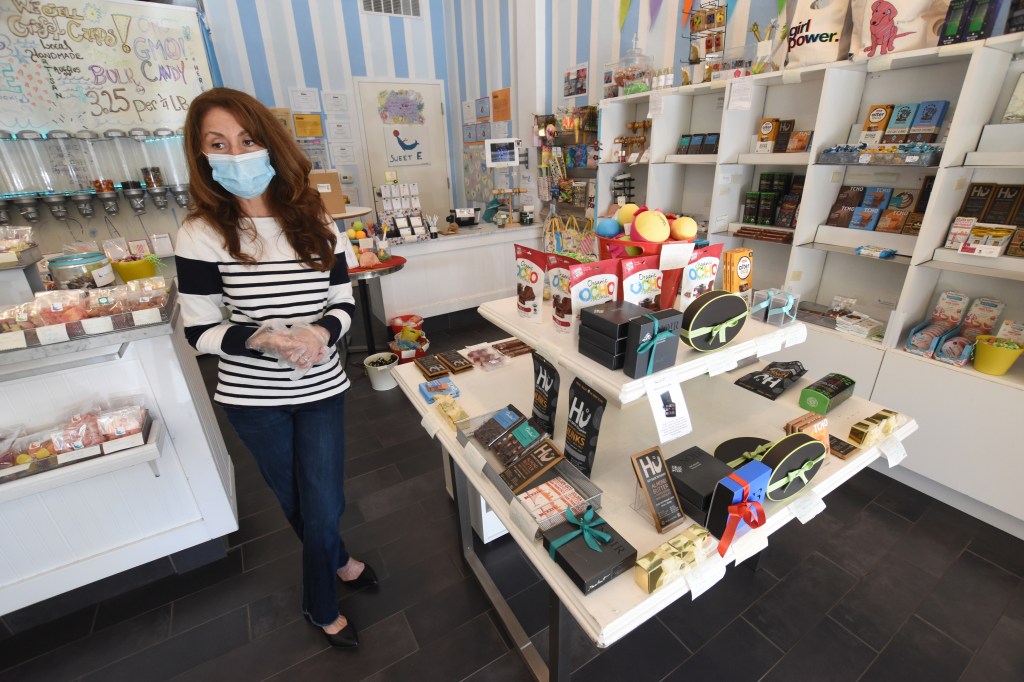 This wasn’t part of the plan.

Elana Turchon, who opened her candy shop, SweetE Organic, in the Strawberry Village Shopping Center eight years ago, said closing the store was supposed to be on her own terms. In the end, after cutting staff, adapting to a delivery business model and offering store pick-up — all because of the coronavirus pandemic — Turchon is unable to renew her lease.

She plans to keep doors open from noon to 4 p.m. Wednesdays through Saturdays through the end of October.

“It’s devastating,” Turchon said. “It’s been part of my life for the past eight years, seven days a week. I built a business for the community, and I love serving this community.”

SweetE Organic has become one of roughly 8,300 businesses that have closed in the Bay Area since the start of the coronavirus pandemic, about 3,800 of them permanently. They have been battered by the loss of income and a customer base still wary of indoor activities after reopenings in June led to a spike in COVID-19 cases and deaths.

The Bay Area has some of the highest business closure rates in the nation, according to newly released data from Yelp. Roughly one out of every 100 businesses in the San Francisco metropolitan area — which includes Marin, Alameda, Contra Costa and San Mateo counties — has permanently closed since March 1, according to the data based on firms listed on Yelp’s platform. That’s about 2,900 businesses. Another 3,300 are temporarily closed.

By comparison, in the San Jose metro area, which includes Santa Clara and San Benito counties, about nine out of every 1,000 businesses are permanently closed. Those are the second and fifth-highest closure rates in the U.S. The other metro areas in the top five — Honolulu, Las Vegas and San Diego — are, like San Francisco, heavily dependent on tourism.

The state has seen at least 39,000 small-business closures, about 19,200 of them permanent. California has the third-highest permanent closure rate in the country, after Nevada and Hawaii.

Those losses could have a far-reaching impact. Small businesses employ nearly half the state’s private workforce, according to Isabel Guzman, director of the state Office of the Small Business Advocate.

Among the hardest hit have been fitness businesses. Since March 1, almost 2,600 have closed permanently nationwide, according to Yelp.

Hoeber said gym staff and membership have each dropped about 66% since the outset of the virus shutdown.

“The good news is, we have members who are sticking with us,” he said, noting that he is grateful that about 1,200 have continued paying monthly dues with hopes of the gym getting back to business. “It’s sad to see those long-term members go. You develop personal relationships with them.”

Hoeber said the company has benefited from having the flexibility to move some of their exercise equipment outdoors when virus restrictions allowed open-air activities. And they have recently been able to allow members, who wear a mask and clear a temperature check at the door, to workout indoors again.

Julie Kritzberger, executive director of the Corte Madera Chamber of Commerce, said the industries that seem to be affected the most in town appear to be personal services, hospitality and retail.

“Many small businesses that were closed for three months still are responsible to pay their rent even though they were unable to conduct business,” Kritzberger said. “Even after reopening, sales and traffic are significantly less than pre-COVID levels.”

In San Rafael, Joanne Webster, president and CEO of the San Rafael Chamber of Commerce, said the city’s “Dine under the Lights” program has been successful in helping restaurants stay alive. But with many folks working from home and staying away from downtown offices, the loss of the normal foot traffic during the day has dealt a heavy blow.

“It’s causing a ripple effect,” Webster said. “If the offices are all empty and everyone is working remotely, then the caterers suffer, the hotels suffer and the small shop suffers too. We need our major employers to bring back their employees to help spur local transactions again.”

Delicious Catering in San Rafael has pivoted from its normal services to make food orders to-go. The operation, which has been in business since 1975, has been able to obtain a few crisis relief loans, but was only able to hold on to about a third of its staff, said owner Jan Goldberg.

“There are no events,” Goldberg said. “Weddings, birthdays, large parties, fundraisers — all of it disappeared.”

But she believes the business will hang on, she said.

“I’m looking for every possibility for funding,” she said.

Goldberg said that after nearly exhausting the small business recovery loans, she is seeking certification as a small business and a woman-owned business. Such designations come with benefits that can boost her outreach, she said.

For Turchon, she said she doesn’t want her business to be seen as another statistic. She’s maintaining a positive attitude, and after she shuts her doors, she’ll maintain online sales of gummy candy, she said.

“Right now we have a wonderful opportunity to reconnect with clients; SweetE is still open,” she said. “It has been my privilege to serve the community and we look forward to serving clients through October.”

The Bay Area News Group contributed to this report.