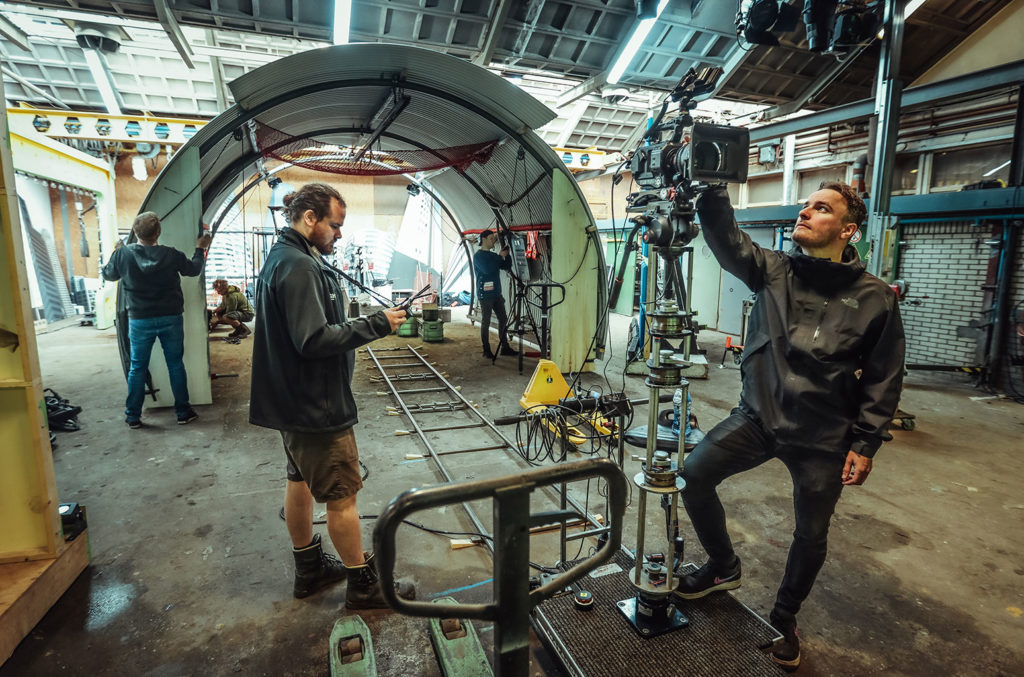 Oliver Heldens’ Latest Livestream Is a Big Risk, But It Could Form a New Business Model

The Dutch DJ’s #HeldensEverywhere show on Thursday will be fully live and semi-interactive, and a “big gamble,” his tour manager says.

Oliver Heldens will be stuck inside a virtual television set on Thursday in a theatrical livestream being filmed at an old steel factory in the Netherlands. But his management is hoping the show — which is fraught with the risk of failure — will be the start of a breakout business model that could carry over beyond the COVID-19 pandemic.

The Dutch DJ is starring in a one-hour show, dubbed #HeldensEverywhere, where he’ll spin behind the decks while playing multiple characters on six different “channels” — appearing in everything from a boxing match to a cooking show to a game show, even taking a turn as a crab fisherman. The audience tuning in to the pay-per-view livestream will be challenged to help Heldens navigate through the television through a combination of live chat, unique emojis and interactive polling.

Aside from employing a continuous take with no cuts, the stream is remarkable for the partnership between the artist and the livestream platform company, Cadenza.tv, which is hosting the show, handling back-end billing and financing the $66,000 production for a 20% cut of revenues.

The stream will debut exclusively in Europe at 12 p.m. PST on Thursday (Oct. 1) on Cadenza’s platform, at 6 p.m. PST for North American viewers, and will be available for one week after. Tickets cost 9.99 euros ($11.99) or $49.99 for a ticket bundled with a limited-edition poster (Heldens will sign 200 of them). The livestream will not be posted on YouTube later, although Heldens will post a three-minute “making of” video.

Since the pandemic shut down concerts in March, livestreaming has become a financial priority for artists and a myriad of electronic events around the world have raised the stakes on these productions, with multi-day “festivals” by Tomorrowland, Insomniac, Digital Mirage and others expanding the format well beyond DJs simply performing in their living rooms. As streams must be increasingly more interesting in order to attract viewers, Heldens and his team are betting on their event to captivate their core fanbase.

Heldens’ manager, Dave Frank, co-head of electronic music for artist management company Milk & Honey, tells Billboard he was skeptical about the idea at first, because of the inherent risk in a complicated live show, but he soon came around when Cadenza offered to finance it and build on the idea first proposed by Joost van Aarle, Heldens’ tour manager.

“This is actually a really interactive journey, a story that goes well beyond the actual [DJ] set,” Frank says.

Frank is hoping the stream could be the start of a series of live theatrical events that could be turned into a subscription product for Heldens’ most-loyal fans. He figures that if the team can convert 5% of Heldens’ 1.5 million Instagram followers to paying $5 per month that would generate $375,000 a month. “That’s like, a real business,” he says.

With the pandemic expected to linger into next year, which will continue to cripple the live-performance sector, other music-industry players are coming around to the same sort of thinking. Artist agencies CAA and William Morris Endeavor have formed divisions devoted to curating livestreams for clients, and Frank says that EDM festival company Insomniac, which put on Electric Daisy Carnival, has earmarked one show a year in artists’ contracts as a livestream. “To me, that shows that this [livestream] stuff is really here to stay,” Frank says.

For Los Angeles-based Cadenza, which formed in March of 2019, the goal is to leverage artists with big fanbases like Heldens’ and invest to create longer-term relationships. Since the pandemic began, the 15-person company has been trolling free livestreams looking for “outside the box” approaches. Heldens’ recent performance for Electric Daisy Carnival, which featured him in a virtual undersea environment, caught their attention. “Our strategy was reaching out to each one of those streams that we liked of every genre,” says Stephen DeBrincat, Cadenza’s co-founder and CEO. “We want to put on the craziest, coolest content. And we want to work with the top acts.”

For Heldens to realize his goal to build a more sustainable livestream business, the Cadenza-backed project needs to come off with as few hitches as possible, his team says.

The project, which has been in the works since June, is being directed by van Aarle, who has a theatre and television-production background in the Netherlands. A team of 13 people spent the past week building the stage and conducting rehearsals, and 35 people are expected to staff the actual show on Thursday. The location, at a COVID-friendly steel factory about 20 minutes from Amsterdam, was donated for the production. “People think this is madness to do and they want to be part of it,” says van Aarle.

The show is expected to have some surprising moments and put Heldens in “several uncomfortable situations,” says van Aarle, including having the DJ taste some very spicy food and brave rough seas in a depiction of Deadliest Catch. As the online audience is supposedly zapping to different TV channels, actors will be moving behind the DJ as he spins. About every 10 minutes the action will shift to a different live scene happening in real time, from a Mexican boxing match to a Price is Right scene where Heldens plays the host.

Frank promises a big buildup to a “Sopranos-type ending where you don’t know what happens, leaving you waiting for more.”

Despite meticulous planning, van Aarle admits to feeling nervous about the project. “It’s a big gamble,” he tells Billboard. “We’re going to do rehearsals to see if we can get it perfect. But there is a sort of fail rate during the stream as well where stuff can go wrong…. Oliver is taking a risk by doing it live and the way we want to tell the story.”

DeBrincat says that to mitigate the risk, the production is more semi-interactive than fully interactive, and audience members will be nudged into their decisions. “There is a little bit of handholding in the interaction,” he says. “We’re going to make it as interactive as possible, but really on the back end, we’re in control.”