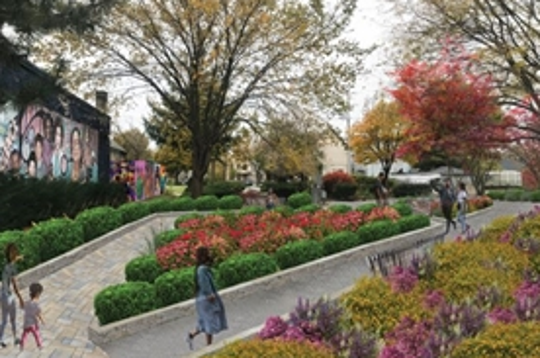 Renovations to the Victory Over Violence Park are among the projects led by the King Drive Business Improvement District. (Photo: City of Milwaukee)

A group that promotes development in Milwaukee’s north side Harambee neighborhood would expand its turf under a proposal endorsed by city officials.

The Historic King Drive Business Improvement District is centered on that street between West McKinley Avenue and West Locust Street.

Its territory would expand to areas north and west of its existing boundary line under a proposal recommended Wednesday by the Common Council’s Community and Economic Development Committee.

Business improvement districts are financed through annual assessments on non-residential properties within their neighborhoods.

The district also continues to work on other activities, such as revitalizing the Victory Over Violence Park, 2615-2643 N. King Drive, as well as creating conceptual plans at potential commercial development sites, Agee told committee members.

Some business property owners have said they are opposed to the King Drive expansion because it would raise their taxes.

Other business property owners have said they welcome the expansion, and the new services it would provide.

The expansion plan needs full Common Council approval. That could occur at its Sept. 22 meeting.

Milwaukee has around 45 business improvement districts.