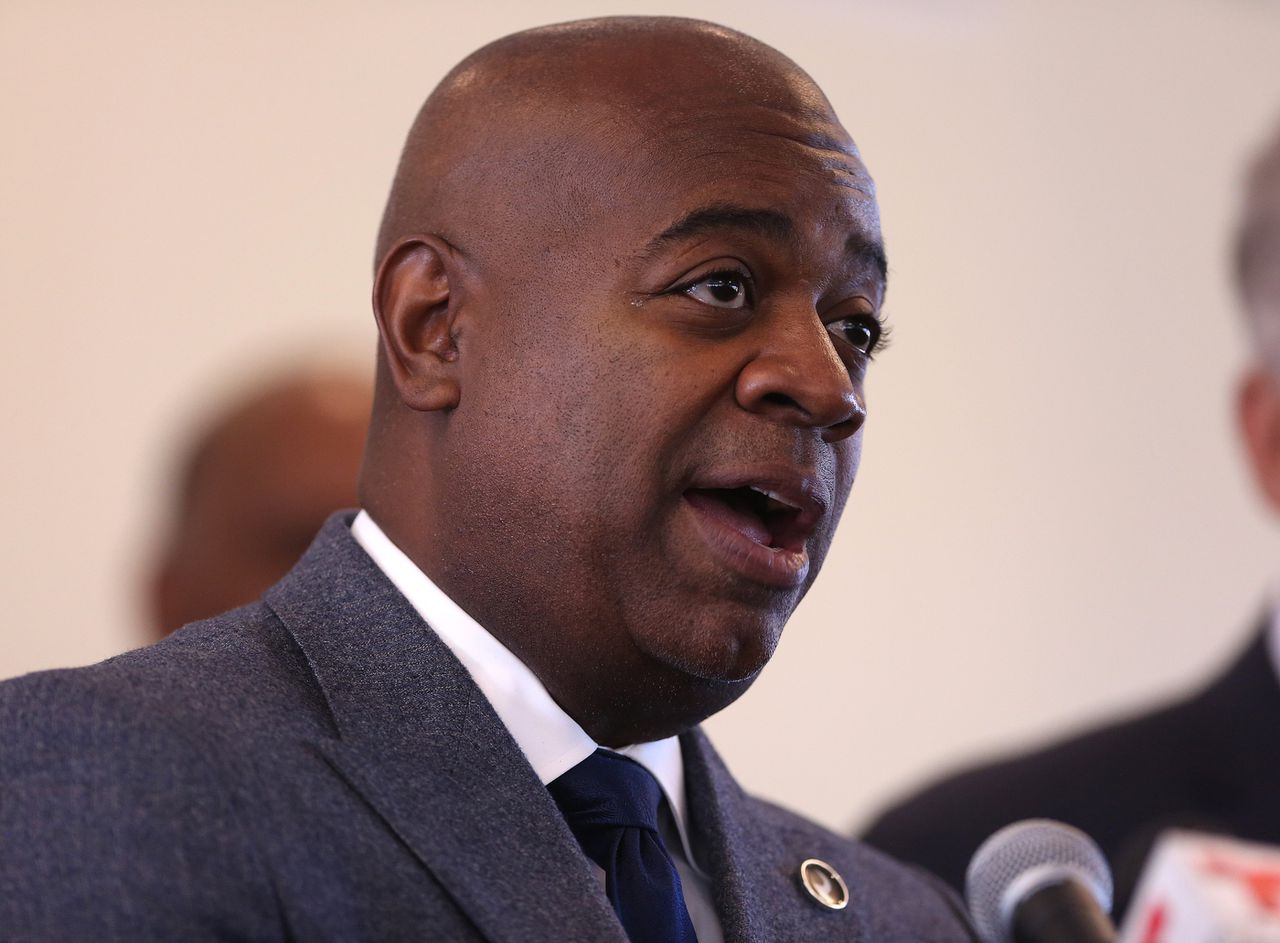 Black and Latino business owners in this N.J. city can get a major boost from new $100M fund

For T. Strong, recently opening her Newark shoe store was a dream. But she had some obstacles filling out confusing government applications.

So she turned to Invest Newark for help, a nonprofit that helps companies acquire capital and also operates a land bank for the city. Her retail location, Dirty Soles Footwear Group, opened earlier this year.

“If you’ve ever applied for loan of grant… there’s a lot of information that’s required. And when you start to read it, especially if you’re a novice, you start to think ‘I can’t do this. I don’t have any help. I don’t know where to start. I don’t know what this terminology means,” said Strong, 44, of Newark.

On Monday, Mayor Ras Baraka, Invest Newark President Bernel Hall and others announced a $100 million investment fund for black and Latino business owners, like Strong, who need financial or technical support in starting their operations.

The initiative, called the 40 Acres and a Mule fund, already has raised $2 million from corporate partners such as AT&T, PSE&G, Shaquille O’Neal, Panasonic, Nelson Mullins Law Firm, Carlos Medina and New Jersey Community Capital, with a goal of $100 million. By 2021, they hope to have raised $100 million.

The goal, Baraka said, is to combat the economic inequalities resulting from systemic racism.

A report from the U.S. Federal Reserve released in 2017 found discrimination against black business owners. More than 50% of companies with Black owners were turned down for loans, a rate twice as high as white business owners, the report showed.

“We need major steps toward equity and repair,” Baraka said at a press conference at city hall unveiling the fund.

The Rev. Al Sharpton, who spoke at the event, said the fund will address the underlying causes of inequity.

“We cannot be episodal activists where we just go from episode to episode. George Floyd to Breonna Taylor… and never deal with the underlying factor that we are being choked every day economically,” Sharpton said.

Those companies employ about 75,000 people, with hardly any being Newark residents, she said.

“There’s an economic boom happening for certain people in this city and we need to make sure we create more opportunities for equity in this city,” Rogers said.

Hall said the fund will provide capital and technical assistance to minority businesses and act as a national model for promoting social justice and economic mobility.

Small businesses interested in seeking assistance from the fund will be able to apply online in about 30 to 60 days, Hall said.

“These investments will create jobs and begin to reduce the wealth gap and the social disparities,” Hall said. “We believe that Newark has once again created a national model where social justice meets economic mobility.”

Our journalism needs your support. Please subscribe today to NJ.com.