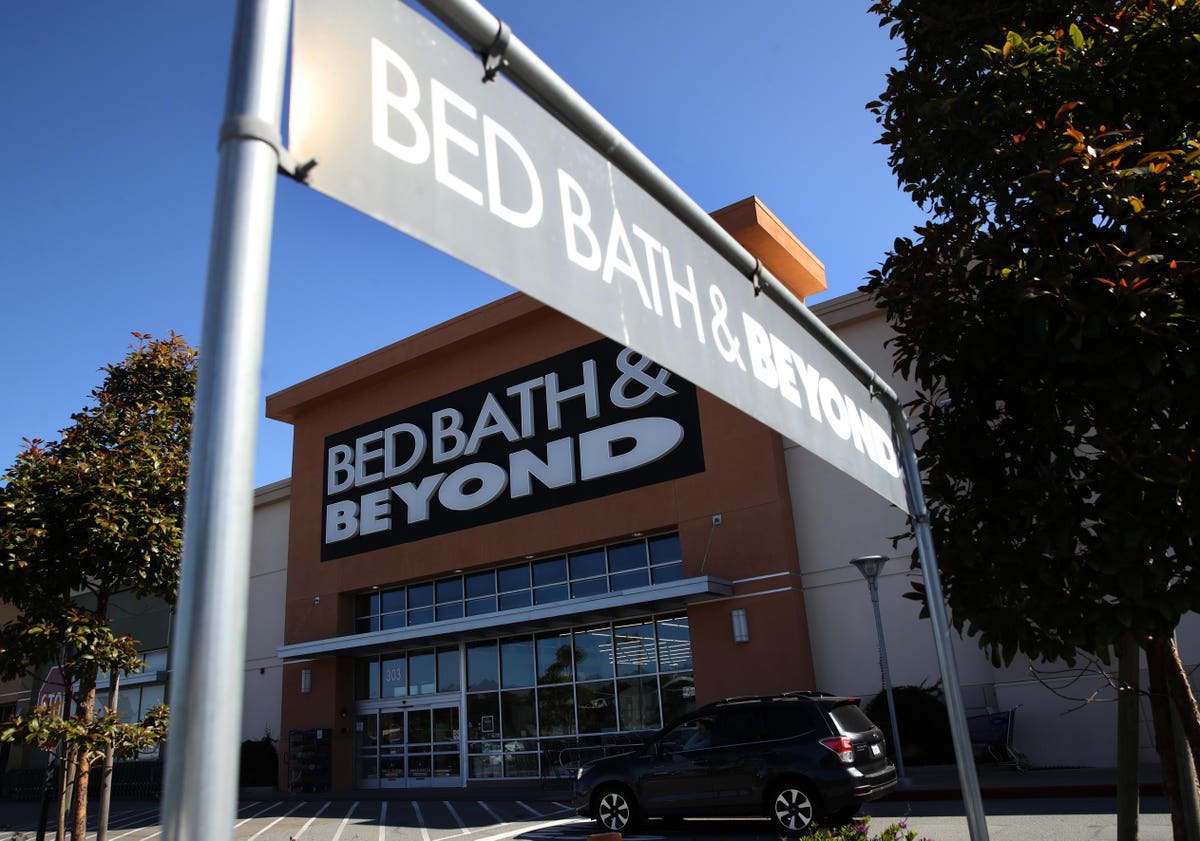 An expanded E-commerce business — up 89% — was once again the hero this quarter for Bed Bath & Beyond, driving the home specialty chain’s first comp store sales increase since the end of its 2016 fiscal year.

At the same time the retailer posted improvements in several key measurements: gross margin, cash flow, adjusted EBITDA and, most importantly, the bottom line, with net earnings per diluted share of $1.75 versus a loss a year ago as well as losses over the past several quarters more recently. Adjusted net earnings per diluted share were $0.50, up 47% versus a year ago.

“This quarter in total has proven the confidence we have in our plan,” said CEO Mark Tritton in an interview with Forbes.com. “We remain committed to this process.” He added that he was especially pleased with the digital gains, which have continued into the third quarter, without any loss in profitability. “It’s gratifying for us to see that growth.”

For Tritton, who marks his one-year anniversary next month, the performance had to be encouraging especially considering the long stretch of bad news the retailer has struggled with over the past several years. Those disappointing results caused a massive change in the company’s management and business direction, of which Tritton’s appointment was the capstone.

Since then he has brought in a new group of C-level executives in a major expansion of the company’s previously slim management level. He has also moved quickly to get the retailer up to speed in its digital and omnichannel capabilities including recent announcements to offer same-day delivery through Shipt and Instacart as well as expanding its partnership with Google to use its Cloud services for back-room technologies. Tritton has also announced the first 63 of what are projected to be a total of 200 store closings, mostly in its namesake banner. He said he remains committed to the full closing schedule completing by 2022.

Even with an overall 1% decline in net sales the company beat most of the consensus estimates and it attributed the sales decline at least partially to the sale of its One Kings Lane business earlier in the year.

Still there is much work to be done. Comp store sales for its physical stores declined 12% as total store sales dropped off 18% for the quarter. Tritton has said store remodels and reformats are in the works to address this decline and he confirmed that Bed Bath’s Watchung, NJ test store is a good indicator of the general direction the stores will take. “We’re very happy,” he said, with the results it is seeing from this location.

The retailer, which has made a more efficient, streamlined supply chain one of its key goals, also still has not made much visible progress in this initiative but Tritton said BBB remains committed to “investing in true national brands and our own brands.” He said the retailer is going through a curation process now to weed out secondary labels that don’t offer what he considers true value and a compelling brand story for the shopper.

Tritton’s overhaul of its upper management has resulted in a “100% turnover in my direct reports,” he said, a task now completed. On the other side of the personnel coin, BBB has laid off about 4,000 employees over the past 10 months, resulting in an overhead savings of about $150 million. “We did have a very bloated organization and we had to make some tough decisions” on personnel cuts, he said. The company has said other than layoffs resulting from upcoming store closings it has completed this round of personnel moves.

Tritton said he believed the retailer was “set up for a strong holiday season” and that its enhanced omnichannel — or what he calls “omni-always” capabilities — would be significant factors in driving its business over the next 90 days. He agreed that the shopping season will begin earlier than ever but that ultimately “the customer will decide.”